This Fancy New Flatscreen Is the TV of the Future. Just Don’t Call It a TV

Behold, the anti-TV of the future. 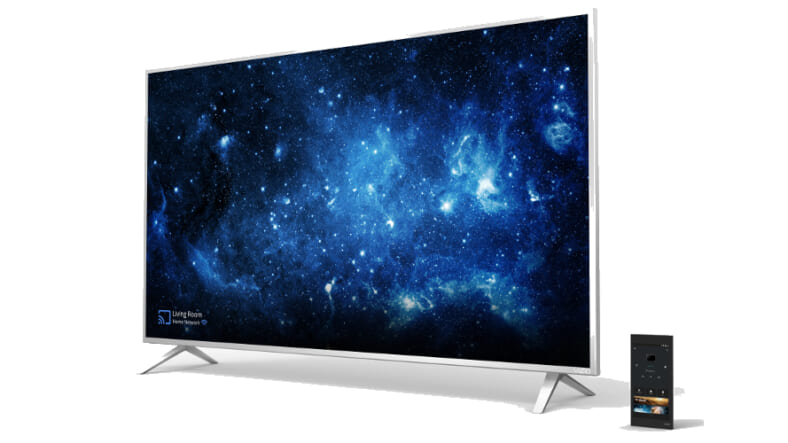 Because Vizio’s new 75-inch SmartCast P-Series home theater display ($3,800) doesn’t contain a tuner, technically it isn’t a TV. But it’s probably more worthy than whatever screen you’re currently worshipping (unless it’s this one) to occupy a space in your living room.Think about it: most of the watching you do doesn’t even involve a tuner. Your boob tube takes signals right from the cable box, satellite dish, DVD and Blu-ray players. And if you really want to watch local TV, you can always connect an over-the-air HD antenna and adapter. (Then again, you could also slice your own bread.)

As you might’ve guessed from the “smart” in its name, this thing ain’t no dumb display. In fact, it’s the first with Google Cast built right in, which means you can wirelessly beam a whole slew of apps, shows and movies onto it from your phone or tablet. Or from the snazzy six-inch Android tablet remote that’s included.Besides being bigger than your mobile device, this screen is ultra-high def with high dynamic range picture quality and Dolby Vision content support. That, along with advanced 128-zone backlighting and a wide, realistic color gamut means you’ll be looking at one of the highest quality pictures possible.

Of course, once you make the move to watching a tuner-free display, you’ll have to watch “Display Shows” in the “Display Room” while eating “Display Dinners.” Sure, it sounds awkward now. But give it a few years.