“Plugging into a public USB port is kind of like finding a toothbrush on the side of the road and deciding to stick it in your mouth.” 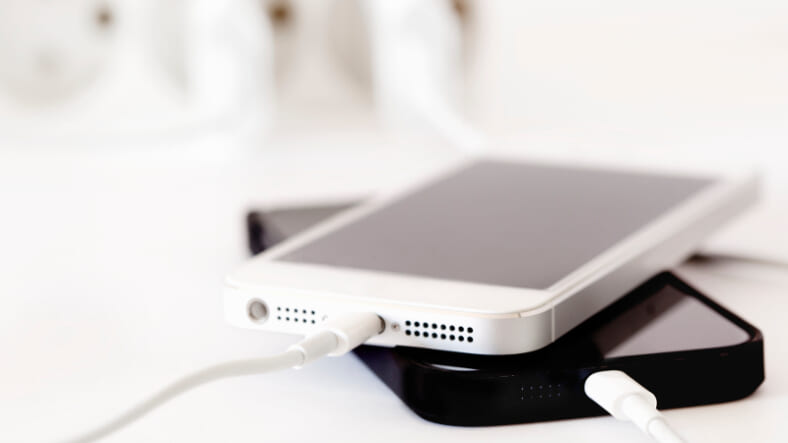 Airports want you to feel at home. No, really, they do. It’s to their benefit for passengers—after, of course, they make it through security—to enjoy the wait. So they’ve become more and more convenient, including services such as USB power charging stations for smartphones.

This particular service may not be as benign as the traveler with a depleted phone battery might want to believe.

The safety issue inherent in plugging into the airport’s USB ports has been known for a while—you can find Youtube videos about it dating back 2017 (see below). However it was the kind of knowledge that just stays with tech gurus and, unfortunately, hackers.

Forbes recently picked up on this problem:

“Plugging into a public USB port is kind of like finding a toothbrush on the side of the road and deciding to stick it in your mouth. You have no idea where that thing has been,” says Caleb Barlow, Vice President of X-Force Threat Intelligence at IBM Security. “And remember that that USB port can pass data.“It’s much safer to bring your regular charger along and plug it into a wall outlet or, alternatively, bring a portable power bank to recharge your phone when you’re low on bars.

Barlow certainly has a way with words because his toothbrush comparison is…evocative, to say the least.

While you’re busy being icked out by that, however, know that there are solutions to this problem. Barlow tells Forbes that for $10 you can get the Juice-Jack Defender, which is “a little dongle  you can put in front of your charging cord that basically blocks any data from passing down the cord. It only passes the voltage.”

Barlow also sounds a general alarm about the convenience of found things, like one of Apple‘s handy, coveted, and overly-expensive charging cables. “Let’s say I’m a bad guy. I go into an airport,” he tells Forbes, “I’m not going to easily take apart the charging station but it’s easy to just leave my cord behind.”

“Now,” Barlow continues, “if you see an Apple charging cord, you’re likely to grab it or just plug into it. But inside this cord is an extra chip that deploys the malware, so it charges your phone but now I own your computer.”

If you are thinking this through and suddenly growing suspicious of every free USB you ever received or found, you probably should be, says Barlow. “If you want to get into a company, go buy a couple hundred USB sticks and cast them around in places where you know company will go. Guaranteed, one of them will get plugged into a company laptop.”

No one wants to go through life feeling paranoid and airports already produce enough of that as it is.

But this seems like a gimme—take Caleb Barlow’s simple advice or better still, just bring along your adapter and hunt for a regular old electrical outlet. Also maybe don’t deal with critical company info in such an open, public setting.