The Next iPhones May Ditch Wi-Fi for Something Way Faster 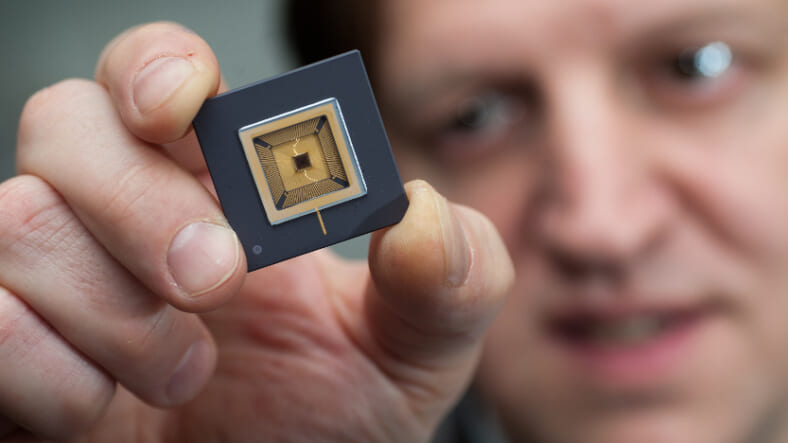 A couple of promising new standards are looming on the wireless front. “WiGig,” an improvement on traditional Wi-Fi technology, can transmit data at up to 7 Gbps. But that’s already being eclipsed by LiFi—see Professor Harald Haas’ TED talk video below—which boasts speeds maxing out at 100 Gbps, using laser-based white LEDs. Yes, you read that right: lightbulbs.Without getting too science-y about it, just know that using lightbulbs to connect us online could provide a much more elegant, consistent, widespread, speedy and secure method than what we’ve been doing.So wait, what’s this got to do with Apple? Well, a certain Twitter user with too much time on his hands supposedly found an allusion to “LiFi Capability” while browsing through the code behind iOS 9.1, the operating system that’s used in almost all Apple devices. The implication is that perhaps the next i-thing (i.e. the iPhone 7) will be able to take advantage of this disruptive wireless standard and be that much cooler for it.

No, this doesn’t necessarily mean that the next iPhone would nix Wi-Fi—although it’s tempting to believe, given the rumors of them ditching their headphone jack in favor of wireless earbuds. You’d likely just prefer LiFi over Wi-Fi, in the same way that you currently favor Wi-Fi over cellular when consuming data. (Right?)However it plays out, between using lights as speakers, projectors and now wireless data sources, the future certainly looks bright on a few levels.