The brainiest football ever made reveals how far and fast you throw it, and even dissects the quality of your spiral. 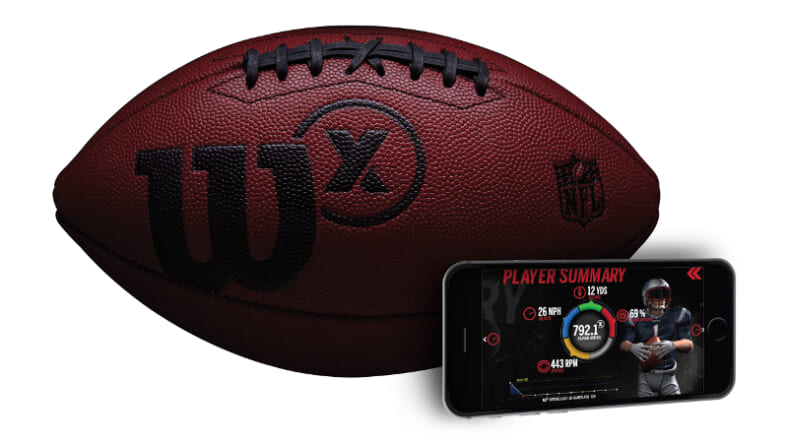 This week Wilson announced that their X Connected Football—which we had a chance to toss around the CES show floor a little back in January—will officially go on sale September 8th for $200.If you didn’t know it was packing a tiny sensor, you’d just assume it’s a standard NFL ball. But this smart pigskin can tell you how fast and far it was thrown, with how quick and efficient a spiral, and even whether it was caught or dropped.

Beyond those stats, the companion app lets you choose an avatar from any of the League’s 32 teams and play five different games that test your QB skills under pressure.As with their connected basketball, this one doesn’t need to be charged. Out of the box, it’s good for 500 hours of play—that’s based on 200,000 throws at nine seconds per throw. (Just for perspective, that’s roughly 25 times as many attempts as Tom Brady has made throughout his 16-year career with the Patriots.)

Handily enough, the ball comes with a wrist coach, so you can strap your phone to your non-throwing arm. And if you’re one of the first 100 next generation quarterbacks to preorder either the Official or Junior size Wilson X Football, they’ll even throw in a copy of Madden ’17 for PlayStation or Xbox.Otherwise, you’ll just have to settle for having the brainiest damn football you’ve ever laid your hands on.