“The boys at Apple are obviously obsessed with size, but sometimes performance matters too.” 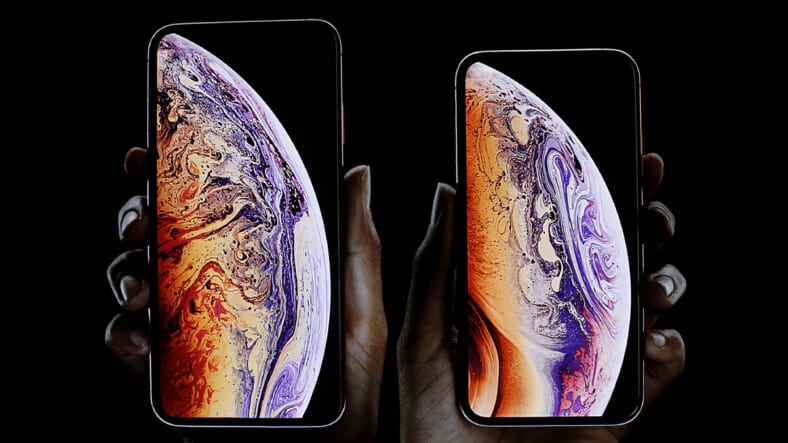 A few days ago, Apple unveiled the iPhone XS, iPhone XS Max and iPhone XR, all of which have fairly large screens that range from 5.8 inches to 6.5 inches, making the XS series the biggest Apple phones yet.

Android users are used to oversized phones, and as someone who has one of these jumbo devices, I can go ahead and say that I love it. The bigger the better. However, not everyone is happy about the new iPhones being larger than older models – specifically women who have dainty hands, who are calling the phones sexist.

"Welcome to the big screens" says Apple and women like me with small hands who need the most secure phone for safety reasons are stuck with something they can't hold and constantly risk dropping. Company that designs $5 billion headquarters without a childcare center for the win. pic.twitter.com/Owzy51RsrH

Caroline Criado Perez, a British feminist activist, says she suffers from a repetitive strain injury from using an iPhone 6, which was also too big for her hands at 4.7 inches.

“I genuinely have RSI from having an iPhone 6, and it went as soon as I switched to an iPhone SE,” She told The Telegraph.

“It genuinely does affect women’s hand health, women do buy more iPhones than men, it just baffles me that Apple doesn’t design with our bodies in mind. We should be furious about this, we are paying just as much money for it as men for a product that doesn’t work as well for us.

“I have to make a choice between making an upgrade to the only phone that fits my hand before they discontinue it – soon there will be no iPhone that fits the average woman’s hand size – even though the technology is two years out of date. Or get a new one and deal with the fact that it’ll give me RSI. That’s not an acceptable choice in the 21st century, you need to have a smartphone.”

Furthermore, the leader of the Women’s Equality Party in the UK, Sophie Walker, says: “Until companies like Apple have women represented equally at senior levels – as in all areas of business, politics and the public sector, women’s needs are an afterthought. The boys at Apple are obviously obsessed with size, but sometimes performance matters too.”

To the boys at @Apple – we know you are all obsessed with size. But performance matters too. https://t.co/FGiIPOJfnd

Yikes. Well, Apple isn’t forcing anyone with small hands to buy the new iPhone. There are plenty of smaller options out there. Flip phones are always a great option.