But hey, having a college fund for your future child is overrated, right? 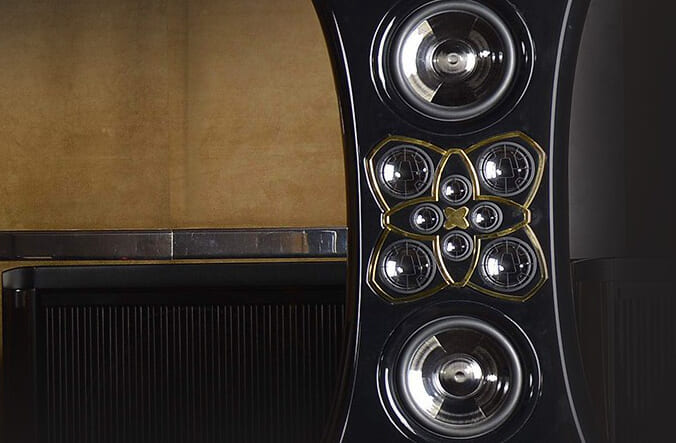 In an effort to bring you the best, most luxurious gear, rides and places to hang your hat, our high-end research unearthed an amazing pair of $600,000 speakers…that were then completely eclipsed minutes later when we discovered some that cost more than twice that already unfathomable price.Made by a company called Kharma in the Netherlands, at $1.5 million, the Enigma Veyron EV1 are officially the most expensive loudspeakers in the world. (Although still just a downpayment on the other kind of Veyron.)Naturally, they integrate the most advanced and exotic materials with top-notch engineering. For instance, according to our colleagues at the Sydney Morning Herald, the fact that they figured out how to avoid using iron in the magnet-motor system of their signature Omega F bass and mid-bass drivers means that they can produce a more natural, realistic spectrum of higher resolution audio.

Of course, as you’re already into seven figures for the speakers, you might as well also connect the most expensive amplifier you can find. (Kharma makes some as well.) Then all you need to do is find some speaker wire as thick as your forearm and you’ll be in business.