The Zore X gun lock even notifies your phone if your handgun gets moved. 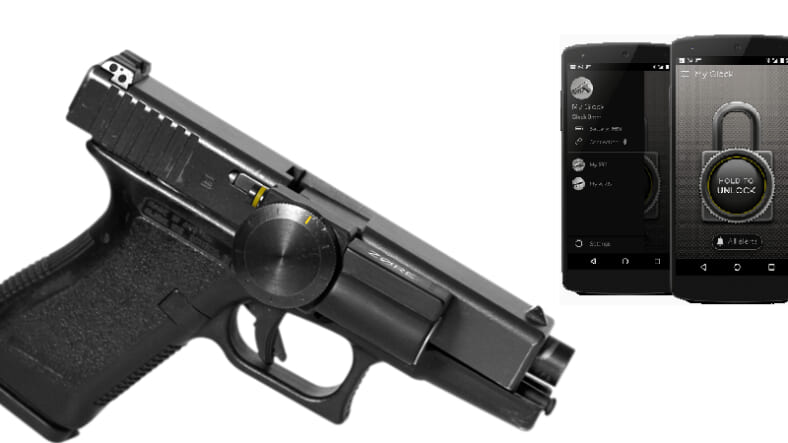 With a caliber-specific cartridge, the Israeli-designed Zore X attaches to a semi-automatic pistol and locks it with the push of a button. You unlock it mechanically with a secret code based on twisting a dial back and forth with a certain number of clicks.If someone moves or attempts to unlock your gun, the app alerts you, either just around the house via Bluetooth or anywhere in the world if you have their optional Wi-Fi-enabled Bridge plugged in. The app also trains you in using your code, so you can execute it instinctively—even in the dark—with minimal fumbling.Bottom line: it’s both tamper-proof and the quickest way to go from having a secured firearm to chambering a round and firing it.

To celebrate surpassing 3X their goal on Indiegogo, they’re running a limited quantity special: a Bridge and two Zore X units for $199. (Just one Zore X on its own is going for $95, a 44% savings off retail.) Or if you just want the attachable Watchdog device for the alert functionality, it’s yours for $49.Whichever configuration you go with will surely make you a smarter, safer gun owner.