A new book reveals some weird AF facts about sex, and here are the weirdest… 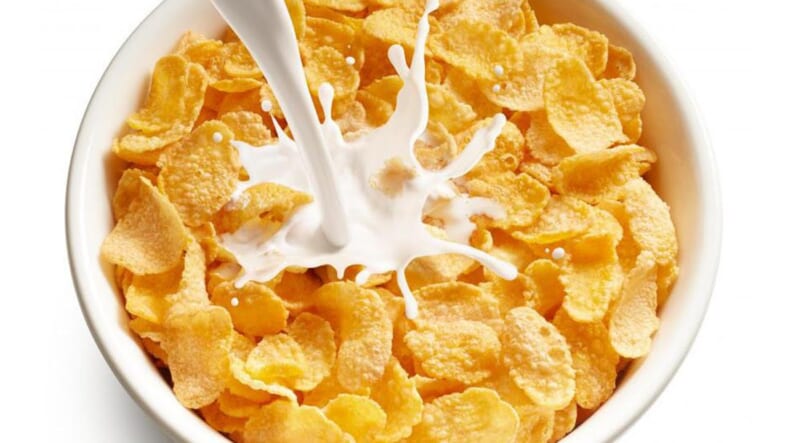 While putting together my new book, The Sex Effect, I learned about a lot of unusual facts about sexuality.

From bombs meant to turn America’s enemies gay to foods intended to kill our boners, the power of sex has been wielded in all sorts of bizarre ways over the years.

Here are ten deeply strange nuggets I unearthed while researching my book. Enjoy!

Sylvester Graham and John Harvey Kellogg were both evangelical preachers who thought sex should be avoided at all costs. Kellogg went all in and suggested that carbolic acid be poured on the “sensitive parts of sexual organs” of aroused children.

These preachers also had less extreme suggestions for how to curb horniness. Because they believed that diet had a major impact on libido, they recommended that people eat bland vegetarian foods in order to reduce their sex drive.

These men believed in this theory so strongly that it led them to invent foods like graham crackers and cornflakes because they were under the impression that getting kids to eat milk and grain in the morning would stop them from jerking off.

As other people took over the preachers’ business interest, sugar was added to these foods to increase their commercial appeal, which pissed off the zealots’ devotees.

There are several things that can prevent a man from getting his dick up. But if the issue is psychological, then the man will still get an erection in his sleep.

One way doctors have tested for nocturnal erections is by wrapping a roll of postage stamps around a patient’s penis. If an erection did occur at night, doctors would theoretically be able to tell because the penis would bust through the perforations that connect the stamps. But if the perforations remained intact, that meant either that the man did not get an erection or that he was unable to fuck his way out of a roll of stamps.

3. Vibrators were invented to cure women of “hysteria”

In the mid-1990s, a U.S. military researcher proposed developing a weapon that would dump pheromones onto enemy troops with the intent of making them sexually attracted to each other. “By virtue of either breathing or having their skin exposed to this chemical, the notion was that soldiers would become gay,” said Edward Hammond, the director of the watchdog group that uncovered this proposal.

In the end, the researcher’s $7.5 million request to develop this “love bomb” was rejected. The weapon, now dubbed the “gay bomb,” gained notoriety by winning a 2007 Ig Nobel Prize, which is a parody of the Nobel Prize and is given to scientists for pursuing unusual or downright useless research.

“We started our research seeking men in their twenties who never consumed pornography,” one of the researchers told reporters. “We couldn’t find any.”

The way many women use birth control is indirectly influenced by Catholic teaching. John Rock, co-inventor of the Pill, was a devout Catholic who opened the first clinic in Boston that taught the Church-approved “rhythm method.”

Given the Church had already approved the “rhythm method,” Rock built off its logic and designed the Pill around a twenty-eight-day cycle to mimic a woman’s menstrual cycle in hopes of earning Church approval by aiming to make the contraceptive appear as “natural” as possible.

Although the Church remains adamant in its stance against contraception, many of the Pill’s consumers unintentionally follow Rock’s appeal to Catholic theology.

In 1987, Congress introduced the “Telephone Decency Act,” which made “obscene” and “indecent” phone calls illegal. “Dial-a-porn” company Sable Communications responded by suing the FCC for violating the First Amendment.

Their case reached the Supreme Court where the majority opinion stated, “Sexual expression which is indecent but not obscene is protected by the First Amendment.”

Although “indecent” phone calls were now made legal, the Court still upheld the ban on “obscene” phone communication. Rather than risk crossing the precarious legal zone between “indecent” and “obscene,” phone sex providers looked to other countries for business.

According to legal analyst Frederick Lane, in 1993 the island of São Tomé brought in $5.2 million worth of sex calls made by Americans being redirected to operators in São Tomé. The island’s government made about half a million dollars from its share and used the money to build new telecommunications systems.

8. Why Muslim Prostitutes Temporarily Get “Married” Hundreds of TImes

In a few predominantly Muslim countries, temporary marriages are condoned. And some people use these brief unions as religious cover for sexual pleasures that otherwise would be sinful. Epidemiologist Elizabeth Pisani said that because of these temporary marriages, she has met prostitutes who have been married hundreds of times.

“Good Muslim clients perform the wedding ceremony for themselves before starting in on the girl,” Pisani writes. “An hour later, they divorce her. Since they were married while they were having sex, they have not sinned.”

9.  Priests Used to Actually Castrate Themselves Back in the Day

In what might be the most peculiar “first order of business” to ever take place during a political assembly, the first canon from the Catholic Church’s first ecumenical council (the famous First Council of Nicaea) banned those who castrated themselves from the priesthood. This makes you wonder just how often devout fourth-century men were cutting off their junk.

10. That Time When a Doctor Flashed His Boner at a Urology Conference

At an American Urology Association conference in Las Vegas in 1983, fifty-seven-year-old physiologist Giles Brindley brought attention to impotence research by exhibiting that old age wasn’t preventing him from getting it up. For his research presentation, he was to demonstrate the effectiveness of injectable drugs in treating impotence.

So he did what any middle-aged doctor would do. He injected the drug into his dong, commanded the stage, threw off his pants, and proudly showed off his erect penis.

“I was wondering why this very smart man was giving his talk in a jogging outfit,” a conference attendee told Fortune. “Then he stepped from behind the podium. It was a big penis, and he just walked around the stage showing it off.”

Ross Benes is the author of the new book The Sex Effect, which best-selling author A.J. Jacobs called “Freakonomics without pants.” You can follow him on Twitter: @RossBenes and reach him at rossbenes.com.