The Prohibition-era blend of rye and rock candy was long rumored to be a cure-all for common ailments. 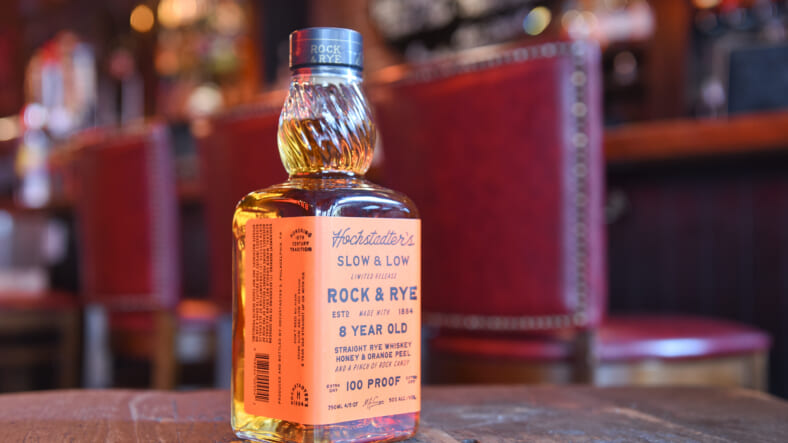 Union-made by Local 500 in Philly’s working-class Kensington neighborhood and based on a Prohibition-era recipe, Slow & Low is a unique blend of 8-year-old straight rye whiskey, air-dried navel oranges from Florida, 100 percent raw honey from Western Pennsylvania, Angostura Bitters and a small dose of that aforementioned rock candy.

Rock and rye’s heritage dates back to the early 1800s, when bartenders in saloons would serve a shot of almost undrinkable, unaged rye whiskey with a small bowl of rock candy which could be added to the rotgut to take the edge off.

Later it became a pre-bottled cure-all for the common cold, sniffles, sore throats, coughs any other ailment requiring a healthy slug of booze.

No need to consult your doctor—sounds like this candy-spiked rye will cure just about anything.