13 Things To Think About to Last Longer In Bed

While less can sometimes be more, don’t sell yourself short between the sheets. 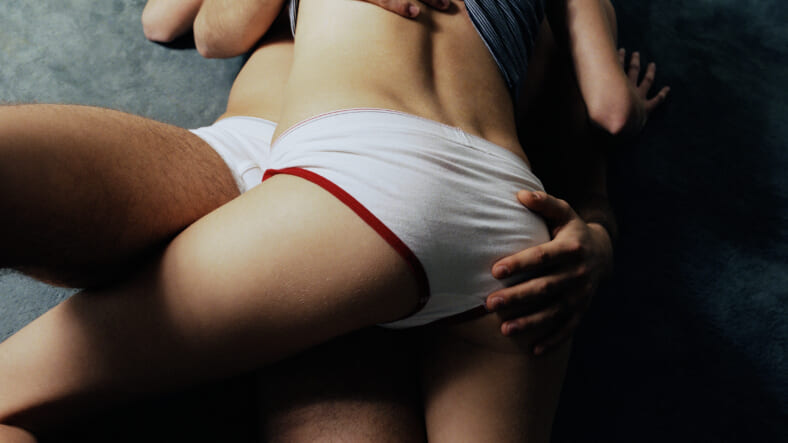 As the saying goes, sex is like pizza. When it’s good, it’s really good. When it’s bad, it’s still pretty good. But when it’s fast, well, that’s another matter. So here you are, dude of the hour. You’ve finally managed to get that certain someone back to the crib, between the sheets, and it’s time to impress. She’s hot, you’re hot (obviously), and within a matter of mere minutes you’re already about to bust the coveted nut. “Nooooo,” you think to yourself. “Hold on for dear life!” End scene.Because it’s certainly no fun for her (and highly embarrassing for you) when the sexy time ends… early, we’ve created a helpful list of things to distract your mind when taking it from six to midnight.

1. ISIS:Though terrorism has no business in the bedroom, thinking about shitty ISIS and their shitty ways is enough to stave off any sort of orgasm. If that doesn’t work (and it should), try ISIS fighters photoshopped as ducks:

2. Matt Mitrione’s Eye:Jesus f*cking Christ. If you can think about this bulging nightmare without gagging, good on you and your boner. Keep going.

3. Steven Avery:Your hard-on deserves its freedom. You know who’s not free? The innocent (or guilty) Steven Avery. One thought of this poor schmuck behind bars and we’re sure you’ll last all night.

6. ‘The Mountain’ from Game of Thrones carrying refrigerators:When looking to last longer in bed, just think of ‘The Mountain’ (weighing in a 6’9″, 386 lbs) and the many different ways in which he could literally break you in half. Early ejaculation be damned.

7. Leo’s fat Russian doppelgänger: While notorious playboy Leonardo DiCaprio can manage to bring home 20 women from the club, this lookalike is not that guy. If you want to be that guy, last longer in bed. Trust.

8. Jar Jar Binks:This creature is such a boner-killer, even the actor that played the character is getting death threats.

10. This poor dude and his bionic penis:You know who lost his penis? This guy. You know who still has his penis? You do. So make the best of it for all of those who can’t. Do yourself and them proud.

11. Kanye West:Nothing distracts an orgasm like a good ol’ Kanye West Twitter tirade.  #FingersInTheBootyAssBitch is all we have to say about that.

13. This cat that looks like Adam Driver:What do you get when you mix the Dark Side and your favorite feline friend? A flacid penis, that’s what. So maybe don’t think about this one unless you’re really desperate.

Good luck out there!