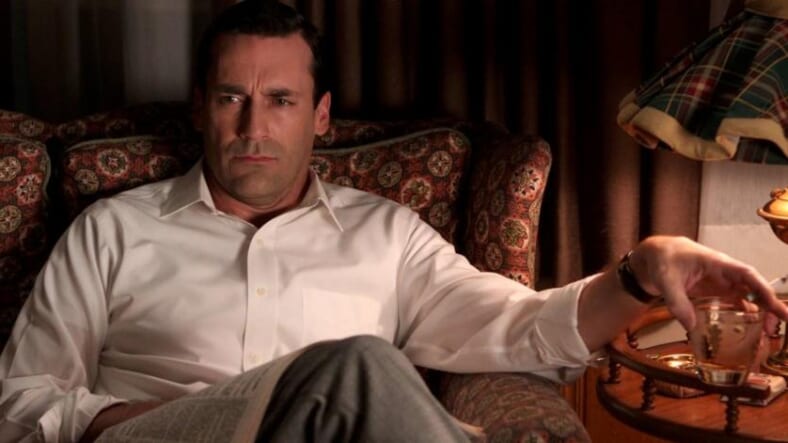 When Don Draper threw back a couple of Old Fashioneds before a pitch meeting, it wasn’t just an example of reckless 1960s drinking behaviors.

Rather, Mad Men brought to light a once widely accepted fact of life that has been lost in our current wellness-crazed culture—that alcohol fuels creativity.

A study published by ScienceDirect proves it, with some stipulation.

Researchers at the University of Graz in Austria—in a study of 70 young adults between the ages of 19 and 32—found that mild intoxication does not so much as boost creative abilities but thwarts getting stuck in a “mental rut.”

The abstract of the study put it into scientific terms:

Reduced cognitive control via mild alcohol intoxication could be expected to attenuate fixation effects  and thus support cognitive flexibility in the Remote Associates Test. The available research allows no clear prediction regarding the effect of alcohol on divergent thinking ability. On the one hand, divergent thinking is known to involve executive processes similar to intelligence tasks. On the other hand, lower cognitive control might increase disinhibition and unusualness of thought, and thereby support the exploration of new and unusual parts of the idea space in the given problem (as measured by fluency, flexibility and novelty). Together, these mechanisms might facilitate the generation of unusual and potentially even creative ideas.

Pacific Standard outlined how scientists arrives at this boozy conclusion.

The study featured 70 young adults between the ages of 19 and 32. They began the experiment by taking one test measuring executive function, and two measuring creative potential: at the Remote Associates Test, and the Alternative Uses Task.

For the first, they were presented with three unrelated words (such as cottage, blue, and cake) and asked to come up with a fourth word “that provides an unexpected connection between them” (such as cheese). They tried their hand at 10 such sets of words.

For the second test, they were given two and a half minutes to come up with creative uses for specific common objects, such as an umbrella or shoe.Upon completion, participants were given beers to drink while they watched a half-hour documentary.

For half of them, it was a standard alcoholic beer, while, for the others, it was a non-alcoholic brew of nearly identical taste and color. The subjects were not told which they were drinking. As planned, those who drank the real beer ended up with a blood alcohol concentration of nearly 0.03.Having quenched their thirst, all participants performed the tests a second time.

The key result: Solution rates on the Remote Associates Test were higher among those who had been drinking. There were no significant differences on the Alternative Uses Task.

Researchers, however, caution that raising your blood alcohol levels too far won’t help, as you’ll become too drunk to do much of anything. But a soft buzz could be just the think to grease those creative wheels.