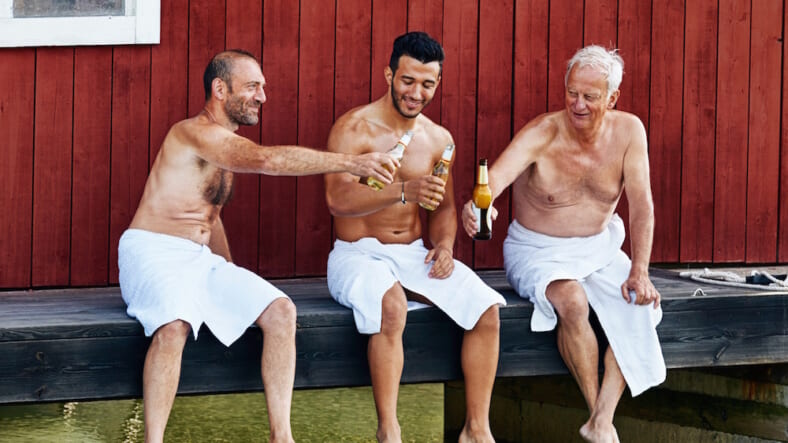 What could possibly be more rewarding than a tall glass of beer? Coming home from a hard day’s work, quaffing a hoppy IPA, and then letting its sharp aroma prickle your nostrils is sheer bliss.

But have you ever tried a beer hot tub?

The great state of Oregon, home to many hip, cutting-edge microbreweries, is bringing a much-loved Austrian tradition to the United States: beer spas. At Hop in the Spa (points for beer puns) in the quaint small town of Sisters, patrons can unwind in a beer-like elixir from the Heavens: hot spring water imbued with fresh hops, herbs, and minerals.

So, you’re not exactly marinating in an actual beer, but this is easily the next best thing.

This news could not have come at a more perfect time. A video just went viral a few weeks ago that took us inside the famed Starkenberger beer spa in Austria. Just as we had collectively thrown up our hands and wailed, “Why doesn’t America have this?” Hop in the Spa came to the rescue.

The newly opened spa promises a royal treatment. On its website, it gives the full rundown:

Hop In The Spa is the first and only spa in Oregon to bring the benefits of beer inspired ingredients, minerals, and proprietary additives into cedar soaking tubs. These benefits include improving skin tone, reducing stress, and detoxification all while enjoying a pint of beer from our full selection of Deschutes Brewery beers or a glass of wine hand-selected from our neighbors at the Cork Cellars.