Listen to this man. 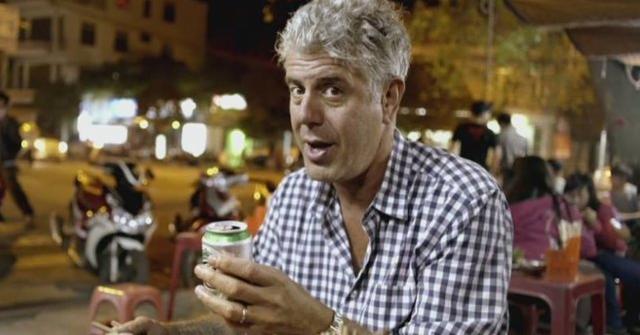 There are two great reasons to hit the town hard tonight: 1) The Cubs won the world series, which means you’re either celebrating or drowning your sorrows. 2) This seemingly neverending election is mercifully coming to a close on Tuesday, which makes for another great opportunity to knock a few back.

Whichever excuse you use to booze, we’ve got a great way to deal with the painful, woozy mess of a head you’re likely to wake up to. And it comes from food writer and tv host, renowned drinker, Brazilian jiu jitusu champ and all-around badass Anthony Bourdain.

TMZ caught up with Bourdain the morning after the World Series and asked for him to suggest a failproof remedy for the masses of presumably hungover Cubs fans.

Without hesitation, Tony B rattled off this curative blend of ingredients: “Aspirin, cold Coca Cola, smoke a joint, eat some spicy Szechuan food.”

It’s almost like he’s said it before. Oh wait, he has.

With that, drink up. Just make sure you save that leftover Chinese for the morning after.