These Terrible Pickup Lines Are So Bad, They Just Might Work

“If you were a fruit, you’d be a fineapple.” 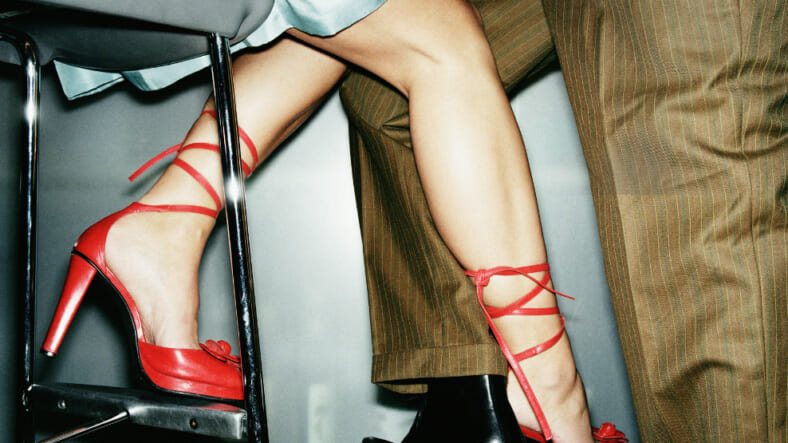 Generally speaking, women tend not to be fans of pick-up lines. Especially lame ones.

If you think “Hey, baby, I’m not staring at your boobs. I’m staring at your heart.” is going to make her panties drop, think again, because they will do the opposite of drop. They will latch onto her body until you’re at least 100 yards away from her.

In fact, there have been several studies that prove just how ineffective these half-baked opening lines are – nearly 90% of the women in one study said cheesy pick-up lines really don’t work (emphasis on really), echoing nearly every other woman on earth.

However, rarely, by some divine magic, there are certain lines said in certain scenarios that are just so, so bad, they actually kind of work—well, at least according to Reddit.

Since the internet is a place where people share anything and everything, women took to the “Ask Reddit” thread, “Ladies! What was the crappiest pickup line that worked on you?” to share which lousy line won them over.

Try not to cringe too hard.

“I told a guy I liked his shirt. He said ‘it will look better on you when you wake up wearing it tomorrow’.”–jaimmster

“This guy tried telling me he had a magic watch, a watch that could tell me what color panties I was wearing. Of course I knew he was feeding me a line but I played along because I thought he was cute. I asked him what his magical watch was saying. He proceeded to tap the face of the watch and say his watch must be fast because it is saying that I don’t have any panties on.”–Kriggins27

“If you were a fruit, you’d be a fineapple. He said it out of the blue and I burst out laughing.”–silanie

“…a guy’s Tinder bio had “times new Roman in the streets, wingding in the sheets” and me, being a graphic designer, thought it was fucking hilarious and I swiped right.He wasn’t kidding, either.”–ExternalCream

“Damn girl, you shit with that ass?”–travoltaricki

“One time as I rounded a corner I ran smack into some dude….. As in bounce-off-each-other. I was all confused and embarrassed, and as I backed up I stammered,”I’m sorry!”He stepped back also, and after looking me up and down he said, grinning, “you’re not sorry…you’re FINE!”–5peasinapod

“My ex SO came up to me in a bar and told me I spilled something on my shirt. When I looked down, he flicked me in my nose. Went home with him that night.”–Lyle-Z-Crocodile

“Guy standing behind me in a bus (seats full so we’re standing) says: “Sorry, I dropped my bag. Can u pick it up while I stare at your ass?”

I have been dating that idiot for the past three years and for the life of me I can’t tell you why.”–Uzziya-S

“Were you born on a farm? Cause you sure know how to raise a cock.”–Barefootdweller

“…this guy says, “Veux-tu etre ma femme?” – do you want to be my wife? Will you be my wife? It was the way he said it that made it ok. I started laughing. I said, “You don’t even know me. I could be a real bitch.” The guy looked me over and said: “I’ll take my chances.”100% would’ve worked but I was already in a relationship.”–Artist_1

“Your eyes are as blue as ice. Please don’t tell me your heart is…”–the_hokey_pokey

““Are you stalking me or something?”We got married 2 years later.”–codenameasher

See? Terrible pick-up lines aren’t useless all the time. But we’re still not encouraging it, so employ with caution.