Science Confirms What We Already Knew: It’s Better to be Single 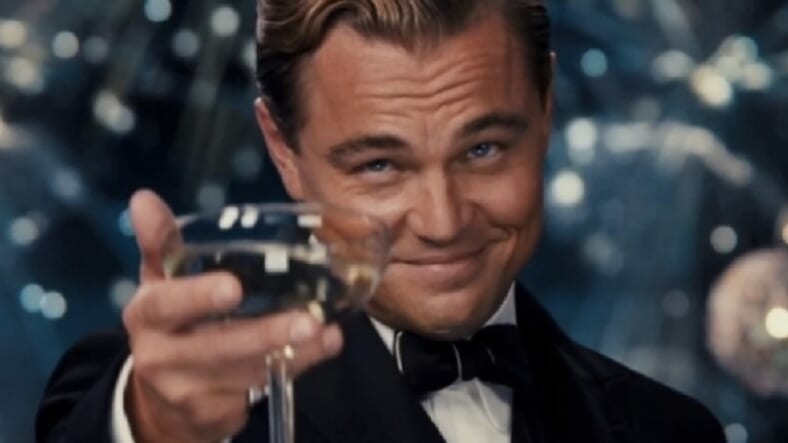 In The Great Gatsby Leonardo DiCaprio played a wealthy, single man saving himself for one woman. Had Gatsby known what the actor seems to know, he would’ve calmed down. Sometimes, researchers say, being single is great.

Citing multiple medical studies, Business Insider reports on the various reasons why it’s better to be ready to mingle rather than tied to a girlfriend.

The first point may be obvious: Single people have better social connections. It’s obvious because if you aren’t enmeshed in a long-term relationship, you’re more free to be the guy everyone wants to hang with.

Companionship, romantic or not, is a basic human need. Business Insider quotes psychology professor William Chopik, who in a statement supporting this finding wrote that “a few really good friends around can make a world of difference for our health and well-being.” So yeah, even the company of your beer buddy isn’t bad for you.

In addition to healthy friendships, singledom is better for your health. Unattached folks work out more often, and Business Insider cites a study that indicated single people often have a lower BMI—less body fat. Being married doesn’t necessarily make you fat, but it might.

The last benefit mentioned by Business Insider is that alone time—time away from friends or a crowded gym—is more beneficial for singles. There is evidence they have more self-fulfillment. Being on your own, in other words, can enhance your zen.

If you’re sitting there cheering yourself for maintaining all that extra room in the bed, not so fast. The New York Post reported in 2017 that single life could actually kill you faster than chronic obesity. The paper referenced Dr. Julianne Holt-Lunstad, a Brigham Young University researcher, who said in part that “There is robust evidence that social isolation and loneliness significantly increase risk for premature mortality, and the magnitude of the risk exceeds that of many leading health indicators.”

Some may feel married to a job, or a lifestyle. There are plenty of people who like to play and know that variety is the spice of life. Others may not be able to stand a moment alone and feel compelled to have someone at their side.

It’s ultimately just a choice for most people, one based on individual needs. You do you. Or don’t.