This will definitely help your messaging game. 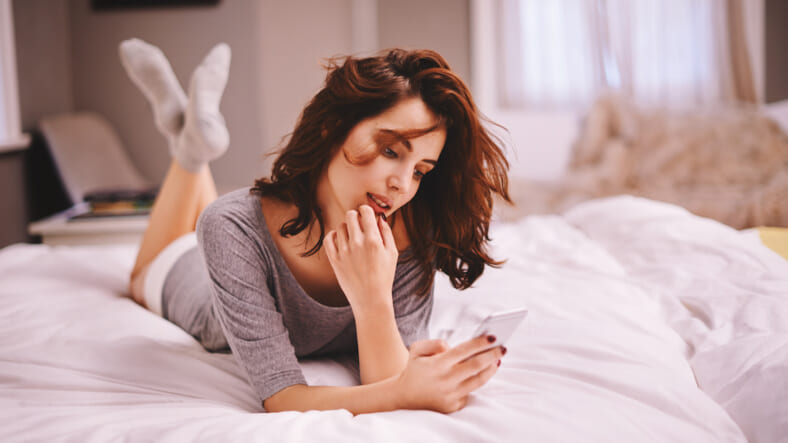 Clover is a Tinder alternative and it has a good rep for leading to quicker hookups than the higher-profile dating app. In an effort to help users polish their game, Clover recently published a breakdown as to which emojis are leading to “the most and least” responses when sent in early chat sessions.

Turns out a lot of dudes’ go-to joke emojis do not actually play that well when used in an attempt to get the wheels rolling on that Friday night meetup. Check out Clover’s helpful graphic breakdown below. Women first:

Through breaking down the data for you, Clover has performed a pretty nice service to anyone inclined to immediately message a new girl with nothing but eggplants and biceps. The next graphic flips the genders so we can get some idea as to how men deal with a prospective date who has awkward—or excellent—messaging game:

It’s hard to not read some broader patterns about what guys are looking for in the “emojis men aren’t replying to” section of the graphic above. That there’s no good response to a pile of poo emoji makes sense, and if you think about the ring emoji arriving in a first message, that’s a big flapping red flag.

Women, meanwhile, clearly want their guys to play it cool and funny. The takeaway is don’t come out of the gate flexing and flashing with your emoji game.

The best tactic may really be to keep the tiny cartoon symbol use to a bare minimum in the first place, so you don’t end up relying on them. An eggplant wouldn’t be helpful to you at the bar when things start getting hot anyway.