Men Like Hanging Out With Their Fellow Bros More Than Their Girlfriends, Says New Study 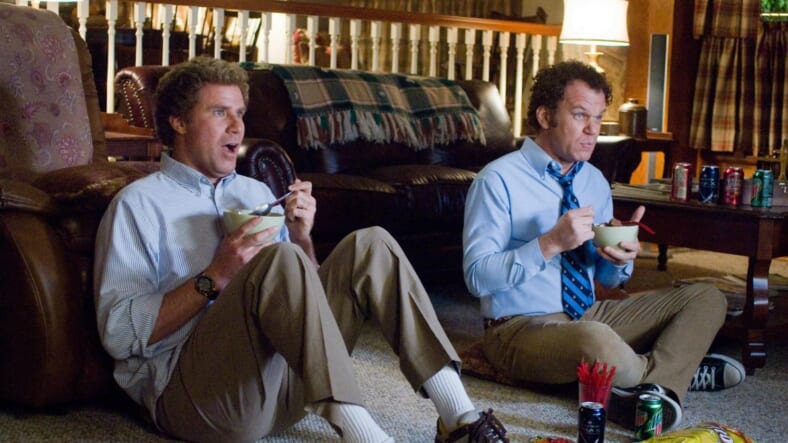 According to a new study, it would appear as though dudes enjoy bromances more than romances. Why? Well, because bros before hoes, obviously.

Seriously – the study, published in the journal Men and Masculinities, revealed that men have a lot more fun hanging out with other dudes than they do with their girlfriends. Ha ha.

Researchers believe that men find bro-time more satisfying than girlfriend-time, because they don’t have to pretend to be super macho and tough. For instance, if you’re watching a scary movie with your lady friend, you need to have nerves of steel and comfort her even if you’re secretly shitting yourself.

On the other hand, with if you’re watching a horror movie with your closest guy friends, you can let your true colors shine and scream like a child when something freaky happens.

The results revealed that men find it easier to express their feelings and emotions to other men, while they keep their guard up and bottle all that emotional shit up when they’re with their girlfriends, thereby maintaining that classic ‘macho man’ façade.

The participants reported feeling less judged and less nagged when they hung out with fellow bros, as well as more able to express their feelings. And we all know that life sucks when you can’t speak your mind.

The researchers behind the study say that the increasingly intimate nature of bromances allow men to have a sacred, safe space for emotional disclosure that they can’t have with their girlfriends.

“It’s your best friend. You are closer to him than anyone. They are like a guy girlfriend,” one participant said about his bromance.

“That study showed that young men openly pronounce love for their bromances and engage in highly intimate behaviours, both emotionally and physically, which have until recently been socially prohibited in same-sex male friendships,” the authors wrote.

“In this article, we examine whether close male friendships have the capacity to rival the intimacy and affection traditionally reserved for romantic, heterosexual relationships.

“The level of physical and emotional intimacy expressed between heterosexual young men is dependent on a number of socio-historical variables,” the researchers said, adding that “homosocial intimacy flourished before the modern era.”

“Where bromances fulfill many of the romantic elements of traditional heterosexual relationships—emotional disclosure, intimacy, and dependency—the social need for early romantic attachment at least is being challenged by young men’s behaviors and attitudes today,” Stefan Robinson, Ph.D., one of the authors of the study, told Men’s Health.