Those ‘Jackass’ guys have nothing on this moron. 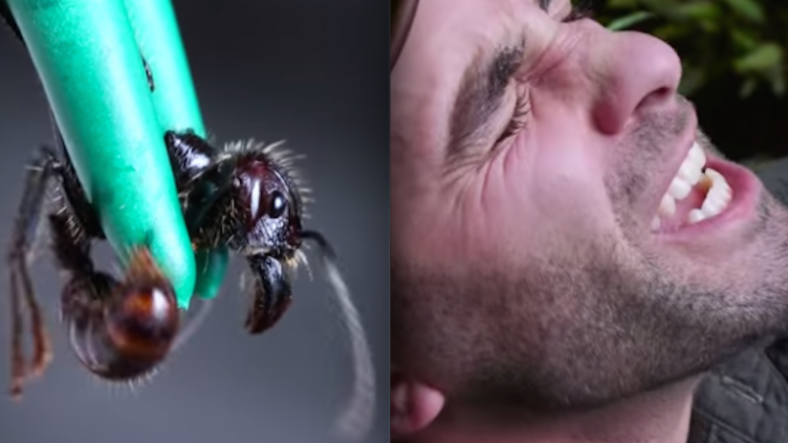 In what can best be described as an act of sheer insanity, wild life enthusiast and YouTube star Coyote Peterson has voluntarily allowed a bullet ant to sting him in the forearm because… well, we’re not quite sure.

The video explains that a shot one from one these devilish-looking little critters is the most painful insect sting in the world. The pain that radiates upon being hit with the ant’s potent venom is said to feel like “being shot by a gun,” and lasts for over 24 hours.

And from the looks of the video, that’s no bullshit. Poor old Peterson is quickly reduced to an incapacitated mess as he lies on the ground writhing in pain trying to provide real-time commentary on the clearly awful experience.

The action really starts at around the 13-minute mark, but the introduction includes a recap his other ill-advised insect sting stunts. Check out the madness in the video above.