This guy punched a bear in the face–twice. 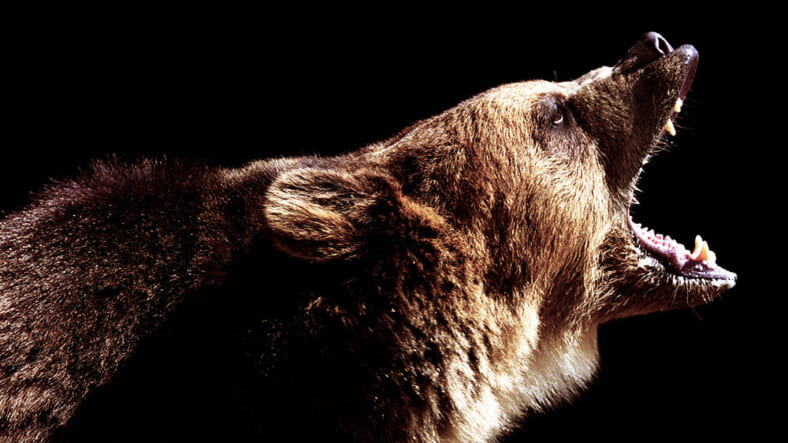 Canadians have an international reputation for being polite and amiable folks, but make no mistake about it: they will punch bears in the face if they have to. Okay, at least one guy will—and he ended up with some scars to show for his trouble as well.

CBC News reports that Sudbury, Ontario resident Rick Nelson was out walking his dog recently when he had an unexpected encounter with an adorable little bear cub. Unfortunately for Nelson, the cub didn’t find him adorable at all and yelped for its mother in fear. Nelson, a 61-year-old who had hunted bear in the past, immediately knew trouble was on the way:

“The mother was coming full speed,” he said. “All you could hear was the bush crashing.“Soon the bear was in front of Nelson and up on hind legs.“I had no rocks, no sticks,” he said, but he did have a lot of boxing practice.Nelson tried to swing at the bear but missed, hitting it in the teeth. The bear hit back, scratching Nelson across the chest and face.

Nelson tells the CBC that bears are not the most tactically-minded pugilists, as he “knew it would swing first with its left but it would really come with its right, because most bears are right-handed.” So he landed a sweet uppercut to mama bear’s snout.

Instead of unleashing a fury of fangs and claws on Nelson, the bear elected to leave with its cub, nose dripping blood. In Nelson’s words, he “really lucked out there.”

As the CBC notes, black bears aren’t particularly aggressive and will only attack if they perceive a threat.

Still, it’s worth tucking Nelson’s insight about the way a bear tells its boxing moves for the next time you’re on a walk in the woods, just in case.