Is This the Mile-High Tower the World’s Been Waiting For? 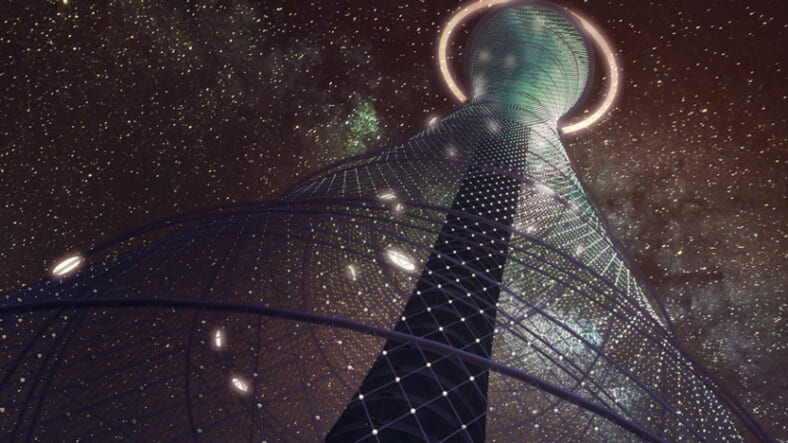 Although Italian designer Carlo Ratti‘s recent plans for a 5,279-foot structure (appropriately nicknamed “The Mile”) may be new, the concept of building a mile-high tower is 60 years old. Back in 1956 at the end of his career, Frank Lloyd Wright proposed a 528-story edifice (“The Illinois“) for Chicago. A quarter century ago, others even toyed with the idea of a 2-mile high structure. And just earlier this month, there was talk of another mile-high skyscraper in Tokyo.So what will it finally take to erect one of these architectural monstrosities in the future? The right vision, along with a city willing to pony up hundreds of billions of dollars in hopes of regaining those funds in tourism. As we wait on and wonder about the latter, let’s take a look at what Ratti has in mind for the former.

The Mile is intended to be made from lightweight materials, secured through pre-stressed tension cables, and covered from base to apex in enough greenery that its ecology could be compared to a vertical, cylindrically wrapped version of New York City’s Central Park.Those ascending it would be treated to more than just an amazing panoramic view as they spiral around the structure. Some of the lift capsules would be equipped with dining, spa and business meeting facilities. (We’ll opt for the first two on our sky ride.)

Other than just look out from the giant observation deck, what’s there to do atop a mile-high tower? You could grab a bite at the restaurant, take a scenic stroll through the sky, or even interact digitally with giant augmented reality screens.Oh, and we couldn’t help but notice as we scoured the plans something referred to as “Jump in the Sky.” Not sure exactly what that is, but hell yeah we’re all in.