The new love glove is supposedly thinner, stronger and safer than any other. 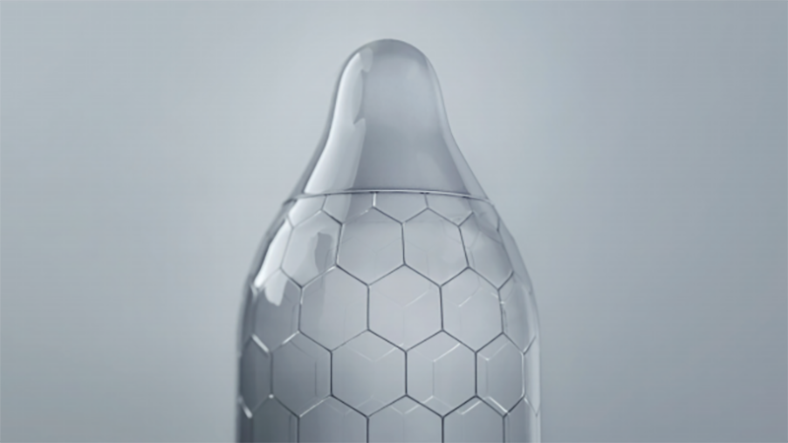 For the first time in decades, the humble condom has been given an overhaul, and no less than Charlie Sheen himself wants you to give this redesign a try. This newly “re-engineered” rubber comes from Lelo, which describes itself as “the world’s leading designer brand for intimate lifestyle products.” Lelo dubbed its revolutionary product the Hex™ and explains on the company website that the Hex is “a giant leap forward in the fight for great, safe sex.”

As the spokesman for the Hex Charlie Sheen appears in an uncharacteristically somber promotional video for the product. Sheen sounded serious at a product launch party attended by Gizmodo, as well, asking rhetorically, “What if, just one time, I chose differently?”

Lelo claims the Hex doesn’t just look different. Its honeycombed structure supposedly provides extra comfort, flexing easily with use, and it’s allegedly less likely to slip off at just the wrong moment. Lelo also states that the way the condom is made “combines thinness and strength” so it’s less likely to break.

Gizmodo writer Bryan Menegus was skeptical of the condom’s pricing and the idea it actually differed that much from any other jimmy hat once its worn in action. He concluded that yes, we often need to sack it for safety’s sake, but the Hex isn’t necessarily the must-have love glove for your next bang session.

We have yet to give it a test run to get our own impressions, but we’ll go ahead and marvel at the opportunity the Lelo Hex has given the infamously Tiger-blooded and HIV-positive Charlie Sheen to appear as a serious and frank representative for getting it on in a safe and responsible manner.