Celebrate Chuck Norris On His Birthday With 10 Badass Memes 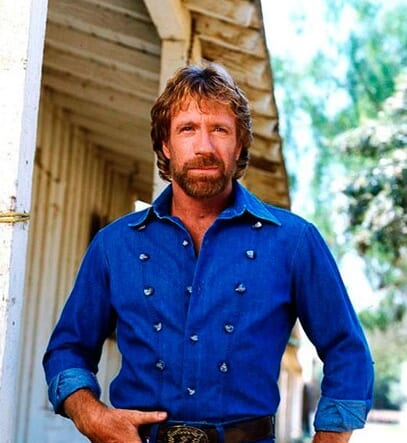 On March 10 1940, the earth trembled and quaked as baby Chuck Norris, aka the strongest and most fearsome individual the earth… no, the universe… has ever seen, was delivered in the small community of Ryan, Ohio.

Today, we celebrate the 76th birthday of the Air Force veteran, expert martial artist, action movie icon and all-around badass with ten meme-ified Chuck Norris facts. Although Chuck Norris has been immortalized on the web for some time now, he didn’t need to be. Because after all, Chuck Norris is immortal.

As an infant, he couldn’t even be breastfed—it was simply too dangerous to put in anything in his mouth.

The building came down on top of them. Every building Chuck Norris has ever had sex in has collapsed when he climaxed.

We’re pretty sure this is written on the back of every Purell bottle.

This has actually happened.

Don’t even get us started on Chuck’s non-existent tears.

Look it up, it’s in the Constitution.