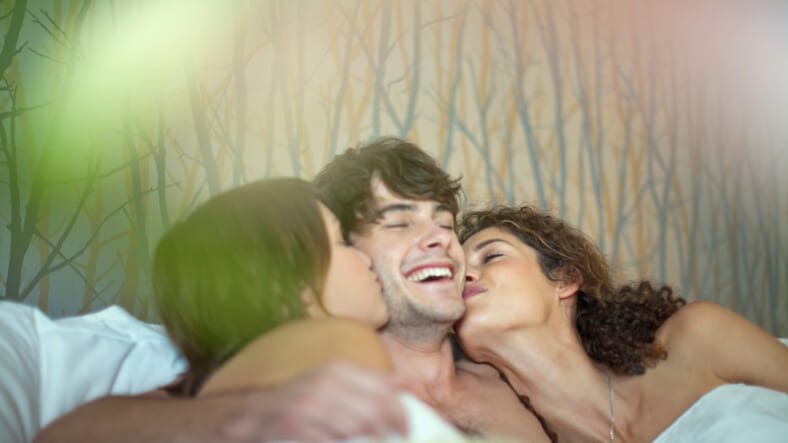 If there are three things college students love, it’s naps, booze, and sex. They go to class, take a nap, get wasted, and then have sex. They really are the best years of their lives. Knowing this, it’s no surprise that a new study revealed that college students are really open to experimenting sexually and having hot and steamy threesomes.

The study, published in the Archives of Sexual Behavior, consisted of an online survey of 202 female and 27 male heterosexual Canadian college students on their “attitudes toward, interest in, and experiences” with mixed gender threesomes, defined as “sexual activity involving three people where at least one member of each gender is present.” You know, male-female-male, or female-male-female action.

Overall, men showed significantly greater interest and better attitudes about threesomes than women, which weirdly echoes another recent study of college students, in which men said they enjoy performing oral sex a lot more than women do, but for some reason, women were the ones who were going downtown, but not getting much in return.

Well, you may not be giving reciprocal head, but at least we’re all down for threesomes.