Because you can never be too careful. 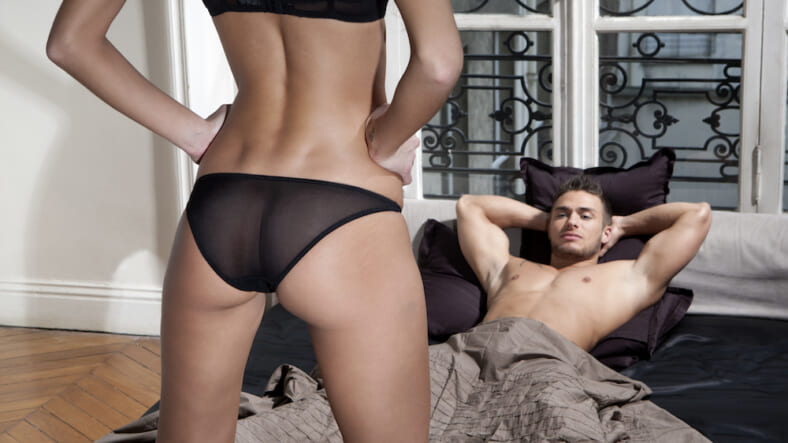 Those guys are in a world of hurt, and it’s probably worth taking a moment right now to brush up on your basic knowledge about sexual consent.

Perhaps the best book we’ve read about the modern rules of sex is Vanessa Grigoriadis’s Blurred Lines, which centers on college students. Her lessons translate to all sorts of bedrooms, whether those rooms include a lowly college futon or a grown-ass man’s king-size mattress on an oak frame. So without further ado, here are six ways to make sure you’ve got her consent before hooking up:

1. Ask for her opinion/input before you get to the bedroom

When you’re meeting someone for the first time (or first few times), the tone you set at the very beginning of the date can have a large impact on a woman’s sense of control over what happens later on the date. If you’re meeting for drinks, don’t order her drink for her. I know some women like it when a man “takes control” but at least for the first few dates, let her choose what she’s going to have.

This might seem trivial, but if you decide what she is drinking for her (“we’ll have two whiskeys, we’ll split a bottle of wine”), you do two things: a) you run the risk of ordering her more alcohol than she wanted but now feels pressured to consume; and b) you send a signal that you are in charge and you are directing how the date will unfold.

2. Don’t immediately suggest going back to your or her place

Whether you met at 2 a.m. in a bar or are ending a dinner date, there comes a point where a decision has to be made about whether you will go home with each other. Even if you have been making out for 20 minutes in a corner and are sure she wants to jump your bones, ask the question in a way that gives her an easy out. If you say “Let’s go back to my place” or even ask “Want to come back to my place?” you are putting her in the uncomfortable position of having to actively say “no,” which will disappoint you and possibly ruin the evening if you react poorly.

Americans—and especially girls—are socialized from a young age to avoid saying hard “no’s” to people in order to avoid making situations uncomfortable or hurting someone else’s feelings. By asking “do you want to come home with me,” you are putting the burden of ensuring the date is “successful” entirely on her, and even if she doesn’t want to sleep with you in that moment she likely also doesn’t want to make things awkward or scuttle the possibility of going on another date with you.

Instead ask her, “It’s getting pretty late. What do you want to do now?”

This small change in language gives her an easy out to say she’s tired and would like to go home, without feeling like she’s ruining the date because you have not already expressed your preference. And if she does want to sleep with you, she is now actively making a decision to come home with you as opposed to feeling like she’s riding along on a date that you are controlling.

3. Before a booty call, meet somewhere for a drink or a coffee first

Yes, the point of a late-night meet-up is to avoid the date entirely and get straight to sex, but this again builds in an exit door for the woman if she decides after meeting you that she doesn’t actually want to sleep with you (sorry, it sucks, but better know before than after when she’s suing you).

The meetup doesn’t have to be long and involved, but just taking a minute can give her some clarity as to what she’s really feeling and will reduce pressure on her to follow through with it if she’s not 100% certain. (And you might also appreciate having a chance to back out if you’re not wild about her offline.)

4. Communicate what you’re both comfortable with sexually before you begin

It is really easy to get sucked into over-the-top sexting or wanting to appear confident and experienced over texts with someone you are trying to impress. But being in the bedroom with a stranger can completely change how comfortable someone is with acts they thought they wanted to do or try, and being hyper aware of that at all stages is critical.

That way you’ll have some clear boundaries drawn before you even get into bed. Being clued in to the definite “no’s” will dramatically reduce the likelihood of you accidentally doing something she’s not okay with or unconsciously pressuring her to cross her own boundaries.

5. Make sure you have active communication during sex

Asking for consent beforehand is a must but the best way to ensure she is good with everything you’re doing is to keep talking throughout. This can be very difficult for some people but with practice it will become a very normal part of the routine. Not to worry, this doesn’t sound as awkward as it seems and can be very sexy: whispering “do you like that,” “does this turn you on,” “do you like it when…” actually increases the connection between the two of you because it forces you both to be present with each other and very much in tune with the other person’s pleasure.

It helps to also say aloud what you like as she does it (“yes, I love that” or “can you do this”) which sets the precedent for talking and will make it easier for her to find her own voice if that’s not something she’s used to. For guys who are used to staying silent the whole time, this might seem anathema, unsexy, or really uncomfortable.

Practicing saying the words out loud when you’re alone in your room (maybe even while jerking off) can make it feel more natural. You will be shocked at how much of a turn-on this kind of communication is. Knowing that someone else wants you to feel pleasure and cares about what you’re feeling is a huge confidence-booster and will pay dividends in spades, I promise.

6. And don’t forget the biggest no-no of modern sex…

If the woman says “no” or “I don’t think so,” DO NOT SAY “YOU OWE IT TO ME TO LET ME TRY TO CONVINCE YOU.” Even if she has gotten you all hard and ready to go, she does not owe you anything, and trying to convince her to change her mind only pressures her to do something she has already stated she doesn’t want to do. You may be extremely frustrated or disappointed, but “no” does not mean: “not right this second but if you keep pressuring me I will want it.” It means “not right this second and if you keep pressuring me I will force myself to do it to keep you happy.”

Society teaches us that women are supposed to say no and then after a man’s pursuit, she’ll want to say yes. But more often than not, in the bedroom, if she changes from a no to a yes it is not because her desire has changed, it is because she feels pressure to keep you happy. And she may be really unhappy the next day, and neither of you wants that.

Learn more about sex and consent in Blurred Lines: Rethinking Sex, Power, and Consent on Campus by Vanessa Grigoriadis.