Have you got enough game to kill in real-life? 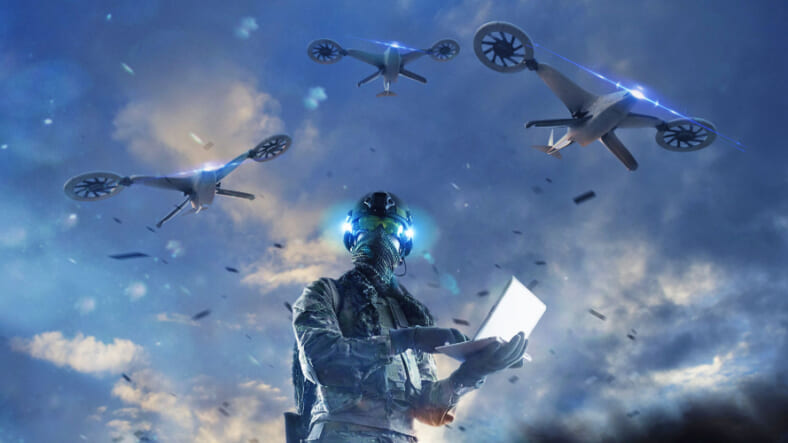 Whether you grew up idolizing the protagonists in Tron and WarGames in the early 80s or Ender’s Game three decades later, you’ve always dreamed that your mad computer/gaming skills could be put to use in a real-life combat scenario. Well, here’s your big chance.DARPA, the government agency tasked with finding and nurturing advanced technology to help give our military forces an edge, is looking for registrants to OFFSET, their OFFensive Swarm-Enabled Tactics program. It doesn’t cost anything and you’ve got roughly six weeks to sign up, but they’re limiting their “Proposers Day” to the first 175 registrants.

What precisely might you be signing on to possibly do? Mainly, orchestrate scads of aerial and ground drones to increase the effectiveness—and help minimize any protection, communications or other tactical weaknesses—of small-unit combat forces sent into the urban canyons that are our modern cities.As DARPA themselves put it:“The prime bottleneck to achieving this goal is not the robotic vehicles themselves, which are becoming increasingly capable and affordable. Rather, U.S. military forces currently lack the technologies to manage and interact with such swarms and the means to quickly develop and share swarm tactics suitable for application in diverse, evolving urban situations.”So there you have it. And your mom said (or possibly still says) playing all those video games would never help you amount to anything.h/t: Engadget