This is pretty good community policing. Sort of. 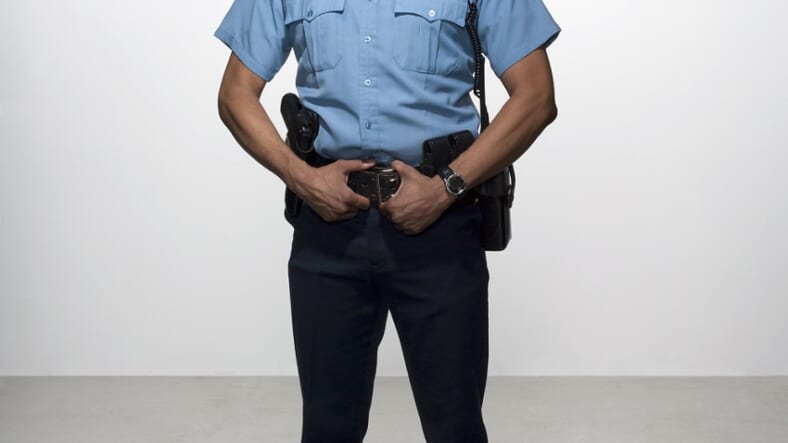 It’s been a tough few years for police officers news-wise—all too often some of the biggest stories featuring them are bad. That’s why it’s nice when you can highlight a moment of community policing that even involves what looks  like violence but is actually law enforcement doing one of their vital duties: getting on the same level as the people they serve.

This instance of cops having a good time with civilians happened during #Snowzilla, when fortunately someone captured an impromptu football game of police vs. neighborhood kids for posterity:

Okay, so the pro-level stiff-arm move the officer employed in his run for the goal might not be ideal community policing after all, but it’s hard to not respect his form—it sounds like the young folks taking part in the game did, based on their reactions.

There will always be more bad news to go around, but it’s pretty cool to take notice of officers who seem to recognize their jobs require them to work and—every now and then—even play in the community.