I Went On a 7-Day ‘Sex Cruise’, And It Was The Wildest Vacation Ever 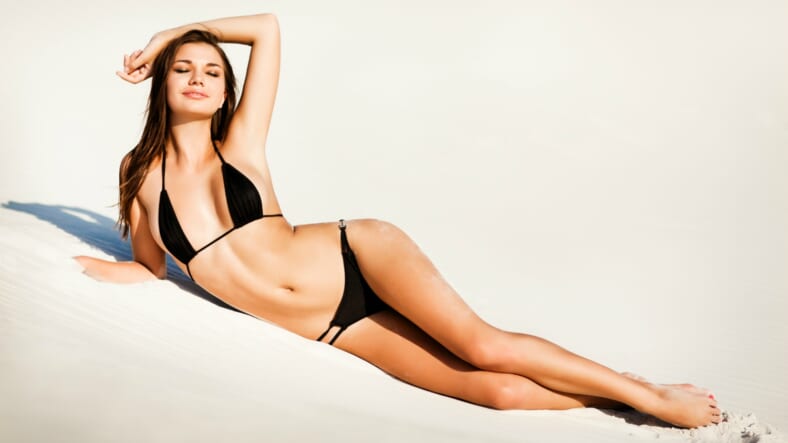 In case you weren’t aware, Desire also has a variety of wild sex cruises of the same risqué caliber, where your kinky ass can walk around without a shred of clothing and indulge every last one of your sexual desires on the high seas. If that sounds incredible, it’s because it is.

And just a few short weeks ago, Desire’s first cruise returned from its maiden voyage, and guess what? I was on that ship. And guess what else? It was fucking amazing.

When I first boarded the ship in the evening, I was greeted by a row of crew members who were holding trays of champagne and shouting “HELLO” and “WELCOME” and “BUONGIORNO” at me. It was crowded and loud, so I smiled politely at the staff and grabbed not one, but two glasses of champagne and hastily dumped one of them into my mouth. The second was my sip-glass that I intended to nurse for, like, an hour, but I ended up chugging that one, too.

After dropping my bags off in my stateroom, I decided to pay a little visit to the pool deck, since I heard that’s where all the naked people would be. I opened the door to the deck, and lo and behold: Dicks. Boobs. Butts. Everywhere.

Not even half of the 690 passengers had boarded the ship at that point, and there was already a nudist colony of at least 50 people gathered around the pool, ass naked. They literally wasted no time shedding their clothes despite it being 60-something brisk degrees in autumnal Northern Italy.

And just so you know, as much as I would have loved to snap some pictures of the madness I was seeing around me to share with the world, photography was strictly prohibited in public areas of the ship. Sorry.

“I’ve got an extra one you can wear. It’s too small for me. I can’t fit my tits in it,” she whispered as she cupped her massive fake boobs and jiggled them around.

Fast forward 20 minutes, and I was wearing a Harley Quinn outfit, complete with smeared red lipstick, fishnets, and a “Daddy’s Lil’ Monster” crop top that hardly contained my boobs. Honestly, it was a look that screamed “$20 a pop,” but whatever. I was drunk enough at that point that I didn’t care. Also, I don’t think Harley Quinn is a superhero. I think she’s technically a villain, but I wasn’t there to get into geeked-out debate.

I walked into the disco, and truly, I’ve never seen a group of people having this much fun before. The dance floor was absolutely packed with drunk, middle-aged hedonists dressed as sexy versions of Wonder Woman, Cat Woman, Batman, Spider Man, Zorro, and pretty much every superhero you can think of.

Out of nowhere, an old man, probably 75-ish years old, approached me. He was wearing a bedazzled fedora over his white hair, a red silk robe, and smoking slippers.

“Oooh, darling. You are magnificent.” He took my hand with both of his and kissed my knuckles. “You remind me of my wife when we first met. She was a goddess. A true goddess. Still is. But less…perky.”

Wow, what a compliment.

“You’re the girl from Spiderman, right? The redhead?” he asked with a loud laugh, looking me up and down. I didn’t feel like correcting an old man, so I just nodded. Close enough. “Oh, my heart. You’re such a doll. Can you guess who I’m dressed as?”

Before I could say anything, he gave me the answer: “I’m dressed as my hero. He died this morning. I am Mr. Hugh Hefner.”

Oh boy. He sure was. The robe, the slippers, the fedora. The oldness.

“Do you like dancing? I LOVE dancing!” he asked, as Michael Jackson’s “Don’t Stop Til You Get Enough” blasted in the background. I nodded, and he pulled me to the dance floor without skipping a beat.

I was mildly concerned that this old man’s wife would be upset that he was twirling around with me, a much younger woman, so out of integrity, I asked: “Will your wife mind that you’re dancing with me?”

“Of course not. And neither will my girlfriend!”

Well, I’ll be fucked. He WAS Hugh Hefner. If the world ever needs a 70-something sex superhero, here he is.

After dancing to “Hot Stuff,” “Despacito,” and “I Will Survive,” he wanted to introduce me to his girlfriend, as his wife was “recovering from sunset champagne,” as he so gently put it.

“Linda!” He shouted over the music, and his girlfriend looked over with the biggest smile on her face. Without a single word, she wrapped her arms around his head and made out with him real sloppy. It was actually kind of gross. Tongues everywhere. “Hun, this is Eileen!” he said when he broke away from the kiss, gesturing towards me.

Side note: My name isn’t Eileen. He never asked my name (which sounds nothing like Eileen), and I don’t know where he got that from. Who the hell is Eileen?

Linda threw her hands up and grinded her hips against me. “Oh, she’s so young! Eileeeeeeen! WoooOOOOOO!!!!” She was wasted. It was cute.

I was no longer fazed by any of this, so I just walked out without a second glance, went to my room, and went to sleep. That was enough excitement for one night.

The next day was my birthday, so naturally, I spent the entire afternoon day-drinking in Zadar, Croatia, to celebrate successfully completing another year on earth. By the time I got back to the ship, it was 6:30 in the evening, I was approximately 60 percent fucked up, and I was so ready to see what this sex cruise had to offer tonight.

The pool deck was poppin’ and there were naked people bopping around to ambient lounge music even though it was 60 degrees, so I plopped down on a chaise lounge near the Jacuzzi to watch the sunset, and ordered a cocktail.

There must have been 10 people in that hot tub, and in the ultimate act of teamwork, 4 of them had linked arms to make a human bed in the water for a woman who was being eaten out by some dude who looked like a Backstreet Boy, while another, voluptuous woman looked on and coached them, like a ringleader.

A few minutes later, the lady had a loud orgasm, hopped off her human bed, gently kissed the Backstreet Boy on the forehead, and was replaced by a different woman, who the Backstreet Boy proceeded to eat out as well. That’s not something you see every day.

Later that night, there was a Mediterranean buffet on the pool deck, and a live band was playing a nice selection of hits from the 70s and 80s, including “Sweet Caroline,” “Y.M.C.A.,” and “My Sharona.”

Between mouthfuls of steak, I spotted a middle-aged man with his shirt unbuttoned, eyes half closed, a chain hanging off his nipples. An attractive woman in a totally sheer dress was standing behind him, tugging the chains, and both of them were completely oblivious to the fact that they were at dinner with 300-some people on the pool deck of an ocean liner. No big deal, right?

But after everything I had seen throughout the week, this was nothing. However, the band was loudly playing “Africa” by Toto while this was all happening, which made the whole thing 1,000 times more entertaining for me and anyone else who happened to be watching.

The lady reached down and pulled a surprise chain out of the dude’s pants, which was clearly attached to his dick, and gave it a firm tug. And right then, in the most amazing time-based coincidence of all time, his eyes rolled back into his head exorcism-style, he thrust his hips under the table, and I’m pretty sure he jizzed his pants–at literally the exact moment the band belted out “I bless the raaaiiins down in Aaaafricaaaa.”

After such a bold display and the best laugh I’d had in a while, I needed to talk to them to find out what the hell I’d just witnessed. A brief conversation revealed that the woman was a dominatrix/”Sacred Kink” healer named Dominee Drew, and the dude was a wholesome pot farmer from Colorado who got his jollies from having his nipples slapped around.

Before boarding the ship for this epic week-long sexcation, I wasn’t super sure what it’d be like, since this was Desire’s first cruise ever. But I knew for sure it’d be a good time, considering it’s a goddamn sex cruise. How can something like that ever be bad?

And like I said before, it was legendary. Absolutely incredible. 10/10, would recommend…if you’re into the nudist, sex lifestyle.

If you want to experience the ineffable joy of going on a sex cruise and then telling your friends about it, Desire’s Barcelona cruise is coming up in April, so you better book fast.