Could This Cable Make Your 4K TV Obsolete?

8K just got that much closer. 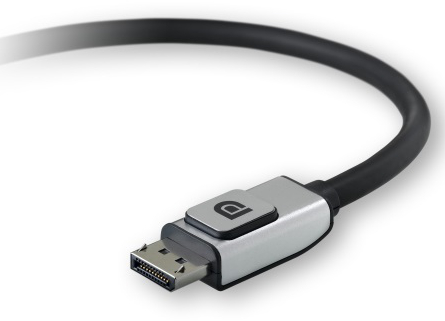 Last week, the Video Electronics Standards Association announced the first major update to DisplayPort in a year and a half. Why that matters is that among other impressive enhancements, the new 1.4 version of this standard incorporates special compression technology that promises “visually lossless” 8K video.But don’t worry, although LG and Samsung each announced 98-inch 8K TVs at this year’s CES, your 4K TV (either the one you have or that’s on your wishlist) isn’t necessarily obsolete…yet. As PC World reports, HDMI appears to be the connection of choice for consumers/TVs, whereas the DisplayPort protocol tends to be utilized more in business/computer hardware.Further evidence in this direction is that it’s geared to work in conjunction with USB-C connectors. In other words, this is great news for folks who want/need the highest resolution computer displays possible. To that end, this type of cable supports the use of one uncompressed 5K display or dual 4K monitors.Bottom line: For the worlds of gaming and design, the view just got a whole lot better.