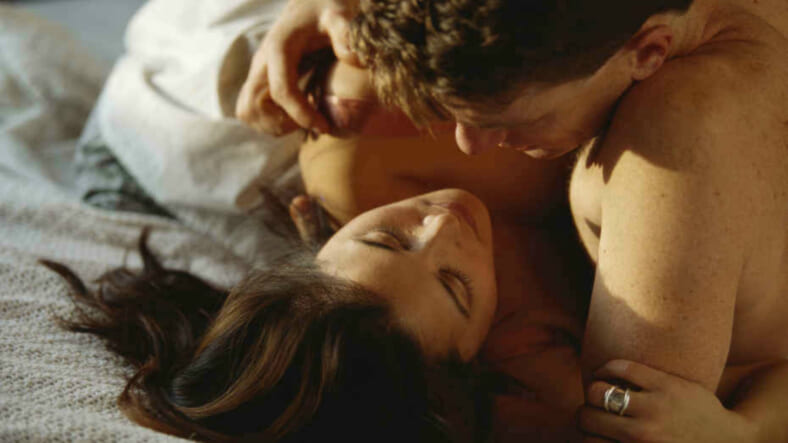 Hello, friends. We are gathered here today to go over one of life’s most pressing questions: Do men enjoy sex more, or do women? Ah, yet another query to add fuel to the already blazing battle of the sexes.

In search of an answer, sex expert Tracy Cox put together a handy list for the Daily Mail of pros and cons of dude sex versus lady sex, so we can finally figure out—who has the most enjoyable sex?

Men have a stronger sex drive.We already know this. While it takes two hands, a mouth, spatial awareness, skillfully timed caresses, and perhaps the tears of Jesus to really get a woman going, a gentle breeze is enough to get most men rock hard and ready to rumble. We should also mention that men get turned on for absolutely no reason whatsoever, whereas women tend to not experience this phenomenon.

Plus, Cox says that men tend to think about sex more often than women do, with most men under 60 thinking about sex at least once a day, compared to only 25 percent of women. Moreover, according to a study by Florida State University, men want more sex than women do at any particular stage of a relationship, because biology wants them to.

Score one for men!

Women can orgasm over, and over, and over again…Oh, gentlemen. One of the few woes that come with having a penis is the fact that it basically turns into a futile piece of nonsense after you have an orgasm. Women, on the other hand, do not have this problem, because 1) they don’t have a penis, and 2) the clitoris is a magic little pleasure button that does not stop partying, like a frat bro at a toga party.

Unlike men, who have a refractory period in which the penis, huevos, and accompanying plumbing ‘recover’ from shooting out baby gravy, women have nothing to recover from, therefore can orgasm as many times as they goddamn please.

This point obviously goes to women. Now the score is a tie, one to one.

…but women orgasm less often than men.An Australian study found that men have more orgasms than women do; with men orgasming in 95 percent of sexual encounters, and women only getting off 69 percent of the time. Wow, it looks like women don’t orgasm often, but when they do, they don’t stop, as the previous argument highlights.

So who gets this point? Men, I suppose. Two to one.

Hmm… finishing too soon kind of sucks (although there is an app for that), but so does requiring too much effort to get off, as is the case for the majority of women. But I’m team let’s-have-sex-as-long-as-possible, so I’m going to give this point to the ladies. Two to two!

Men’s sex drives are more straightforward than women.When it comes to sex, men still function at caveman level. I’m sorry, but it’s true. Men are biologically and evolutionarily wired to feel the need to spread their seed (rhyming!!), which is why you feel your dick twitch each time you see an attractive woman. You don’t necessarily need to form an emotional connection with her to show her your penis.

On the contrary, women typically prefer to get to know you before you whip out dem goods. This is because for women, sex happens after the start of a relationship, mainly due to evolutionary reasons. You know, so she knows if the guy can be a good and reliable baby daddy.

Since these are both evolutionary advantages and both make sense, both teams get a point, rendering this duel inconclusive.

Well, my dudes, we are right back where we started. We don’t know who enjoys sex more, but we do know that sex is the bomb diggity, and is enjoyed by everyone.