Does intelligence actually get in the way of your sex life? 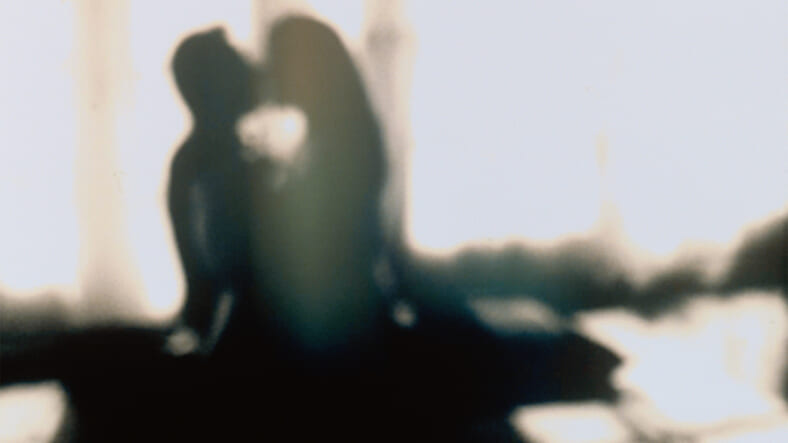 It seems you can’t throw a rock these days without hitting yet another lengthy profile of a millionaire app creator, nary a day over 29, who coded his way into fame, the cover of Fortune, and the right to the coveted title passed down through a long line of predecessors: the new bad boy of tech. Call it The Social Network effect, but the revolution is over; the nerds have won. As someone who weathered puberty significantly less ‘model’ and significantly more ‘Model United Nations,’ I have few complaints that today’s high-flying playboys look like the guys I was actually able to date in high school. But even as hoodies and glasses reign supreme, it’s hard not to feel wistful for a panty-dropper of days past: the dumb jock.

“I had the hottest sex with the dumbest dude last week,” confides a friend we’ll call Tamara. “Don’t get me wrong, he’s really nice, but we can barely carry a conversation, yet the sex is phenomenal. Why are dumb guys the best in bed?”

Though Tamara’s date likely wouldn’t take kindly to being written off as dumb, she raises a good point. While empirically attractive men aren’t an endangered species quite yet, it’s no surprise that the advice of the century has become to just date nerds, a trend that’s on pace to become the new normal. But has that sexual enlightenment come at a cost? By gaining marketable partners, are we losing quality of sex?

“It’s not that I think I’m so much smarter than some of the men I’ve slept with,” explains Tamara. “But I am in my head a lot, and I think some of the ‘dumber’ guys I’ve slept with have fewer inhibitions.” In asking around, Tamara is by no means alone in her theory, and lowered inhibitions comes up a lot, as does a running theme of less intelligent people being “just less complicated.”

“I think as a not necessarily inaccurate generalization, the dumb girls probably enjoyed the sex with me more than the smart girls,” explains Patrick, a lawyer friend who has been dating around the last few years. “I think the sex has been better for me when the girl is smart, but smart girls often get too much in their heads and are self-conscious and less present in the moment.”

My friend Annie, now in a relationship with a man she proudly describes as “a nerd to the core,” offers a corollary. “There’s less to talk about, so you’re only there for the sex,” says Annie. “It has to be great, otherwise you’re spending hours with someone for the sole privilege of looking at them.” But if the theory goes that a hot, dumb naked yoga partner is only kept around because the sex is so good, the question of tunnel vision does arise: is the mindless, fantastic sex solely being given a false positive because there’s nothing else to compare it to?

Science disagrees. While anecdotal evidence can make anyone an armchair psychologist, multiple studies over the years all tend to point to a similar conclusion. Intelligence and IQ aren’t just correlated to sex – brainiacs are lagging in bed. The 2011 National Survey of Family Growth found that men with college degrees were only 50% as likely as men with only a high school education to have had four or more partners in the last year. As Dr. Rosemary Hopcroft, a sociologist at the University of North Carolina told Psychology Today, “Intelligence is negatively associated with sex frequency. It’s a bit dismaying.”

Where does it begin? A 2012 study out of the University of Pennsylvania found that teenagers with a high working memory had a lower chance of losing their virginity as early adolescents, but that doesn’t necessarily explain the why. While it’s easy to suggest that smarter kids, or nerds, are less attractive, studies instead point to the fact that IQ is correlated with decision-making in teenagers – smarter students tend to think through all potential consequences of their actions moreso than someone with a lower IQ.

There’s a simpler explanation as well: school is hard. “Pursuing education takes up a lot of time,” explains Anjali Chandra, a health scientist at the CDC, which published the National Survey of Family Growth originally linking education levels with number of sexual partners. A 2000 study of thousands of teenagers grades 7 through 12, entitled “Smart Teens Don’t Have Sex (or Kiss Much Either),” found similar results. While a whopping 70.3% of teens with an above-average IQ of 110 or higher were virgins, in the average and below average bands, that rate dropped precipitously: just 58.6% for average IQs of 90 and 110, and an even lower 50.2% rate for below average IQs of 70 to 90.

A 2007 survey titled “Intercourse and Intelligence” published by MIT and Wellesley College finds that the virginity rate is even higher at Ivy Leagues: while 80% of American males and 75% of American females have had sex by 19, only 51% of MIT undergrads, 56% of Princeton undergrads, and 59% of Harvard undergrads can say the same. But if the rigors of education in America can explain away why adolescents are slow to the uptake on getting it on, why does the sexual prowess gap persist even as nerds age up?

Evolutionary psychologists point to the theory of slow life history: the idea that a person with a slow life history story “delays mating and puts more effort into upward social mobility, which will provide benefits to the survival and success of that individual and their subsequent offspring.” In English: if you’re brainy, you’re going to spend a lot more time being picky about who you choose to stick it into for a multitude of social and reproductive benefits.

Before you curse your parents for springing for that weekend SAT prep seminar all those years ago though, remember this: when it comes to long-term goals, for nerds, things seem to keep coming up roses. An equally exhaustive number of studies point to the fact that emotional and textbook intelligence both strongly correlate to long-term satisfaction in relationships. New studies have shown promising links that sexual activity can grow actual brain cells. And then, of course, there’s the money.

“Money, not intelligence, helps men have more sex,” says Dr. Hopcroft, the UNC sociologist. “In and of itself, intellect won’t do the trick. But intelligence helps them get money.”

At the end of the day, the effect of the increase in sexual prowess for those of a lower IQ is marginal, at best. “Fucking someone hot but dumb has to be finite,” warns Tamara. “Your eyes can’t be bigger than your stomach at the sexual candy store. Maybe one day in the future when nerds are ubiquitous, I’ll implore my daughters to just date ‘that nice, cute football player’ down the street.” But until then? There’s nothing wrong with settling for just another bad boy of tech.