This Tool-Toting Dachsund Is Our Favorite Assistant Mechanic 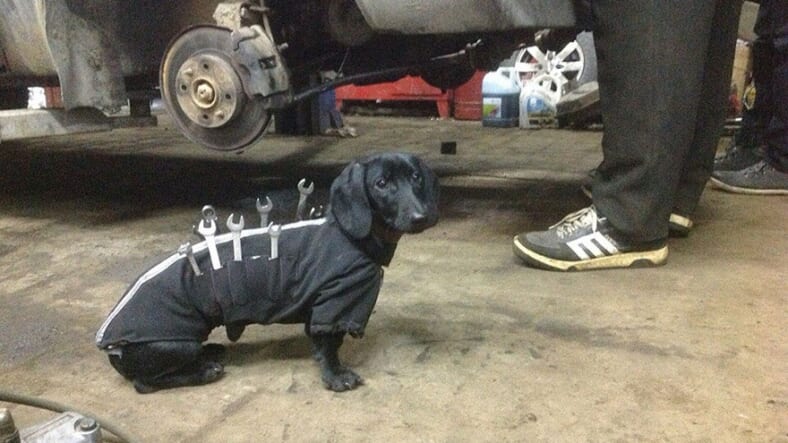 Every now and then something new breaks through though, and this serious dachsund from somewhere inside the Russian Federation did it for us. BoredPanda was kind enough to introduce him to an English-speaking audience and stated that the little dude’s “photos are all over the Russian internet, nobody knows where exactly in Russia this happened.”

If you have a weiner dog and are considering turning him or her into a pack animal in a similar manner, note that this mechanic’s canine companion is bearing a pretty light load that’s evenly distributed. He doesn’t appear to be in any discomfort.

For heavier loads, consider getting a bigger, sturdier dog. Honestly, that’s as good an excuse as any for getting a new dog, period. If you’re lucky, it’ll be as helpful as our mysterious and industrious Russian friend.