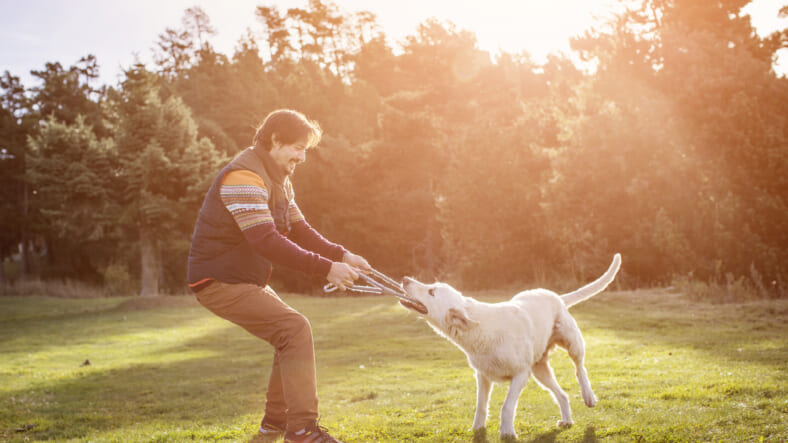 We’ve always believed that dogs were man’s best friend. I mean, who else is going to run and great you at the door every time you come home from work? But according to a new study, thousands of years of evolution and domestication haven’t just made our canine counterparts our best friends — they’re also our wingmen.

Researchers at the University of Nevada conducted a study of 1,210 online daters based in the U.S. (61% of which were women) to figure out how pet ownership shapes our love lives. They found that single women are more than twice as likely as men to admit to being attracted to someone because they had a pet. The reasoning? It’s not just cuteness; if you take care of your four-legged pal, you’ll probably take care of them.

“Results show that women express more discerning views of the role of pets in dating than men,” the researchers wrote of their findings. “Women seemed to rely upon cues of how a partner interacted with a pet more than did men in determining whether or not the prospective partner was worth dating or considering for a longer-term relationship.”

But that’s not all. When asked about guys who didn’t like pets, a majority of polled women said they wouldn’t be interested in the guy at all. Allergies be damned — it might be time to fake it till you make it.