The wetter the better. 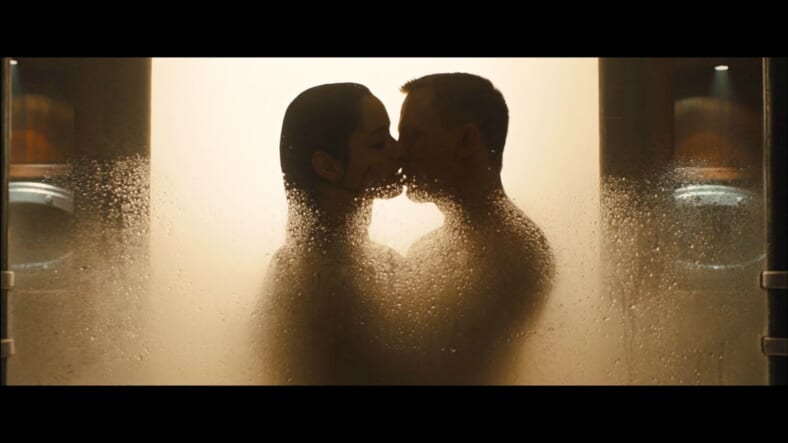 In theory, shower sex seems super hot. Getting naked and wet and having sex with someone? Oh Lordy, I’m down.

But let’s be real for a minute. As awesome as shower sex is, it’s a little – nay, a lot — trickier than having normal sex in a bed, or something. You know, trying to find a position that works and isn’t too awkward, trying to stay in balance, all while getting water splashed into your eyeballs? Tricky, tricky.

Lucky for you, I’m here to help. In this handy list, I’ve compiled a couple tips on how to make shower sex better for you, and better for her.

Do: Use lube.No matter how hard you try to deny it, lube makes everything feel so much better. Especially in the shower. Seriously.

You might be thinking to yourself that water is already wet and makes things slippery, therefore could be used as lube, but let me stop you right there.

Sure, water is wet (obviously) but it’s not enough to get things wet and wild enough for good sex. In fact, water washes away any and all natural lubrication, and makes sex not as fun, which is why you should use lube!

For awesome shower sex, try using a silicone-based lube, like the ever-popular Überlube. Get it here.

Don’t: Use soap as lube.Yes, lube is awesome, but you know what’s not awesome? Using soap as lube. Why? Because soap stings sensitive internal areas, that’s why.

Let’s do the math: soapy penis + sex = soap in her naughty bits, and probably some in yours, too. And if you’ve ever had soap in your eyes, it’s a similar feeling, but down there. Not fun.

For example, leaning against the wall is a good idea. Walls are usually pretty sturdy. So is the side of the tub, or even the ground. Shampoo bottles, however, are not sturdy. Grabbing those for balance won’t help you.

Don’t: Drink too much.You know what’s a really, really bad idea? Having shower sex when you’re shitfaced. It’s a scenario comparable to sending a drunk person out onto an ice rink and expecting him to not fall.

Having a couple drinks is fine, but the more you drink and the sloppier you get, the more dangerous shower sex becomes. That said, you might want to keep things relatively sober during sexy shower time.

Do: Use a non-slip bath mat, or something.Showers are already pretty slippery considering it’s wet, and wet surfaces tend to be slick, right? Right. And when you try to execute an act that requires balance on said slippery surface, things can get a little daunting.

So, you should invest in a non-slip bath mat for a little more grip. Bath mats are sexy.

Don’t: Try weird sex positions.Nothing kills the mood faster than a trip to the emergency room! That said, for the sake of safety and keeping your bones intact, the shower isn’t the best place to experiment with kinky sex positions. I’d advise against it.

But you do you, my friend.

Do: Try doggy style.All things considered, any variation of doggy style is going to be your best bet when it comes to shower sex. You can do it standing, kneeling, whatever you want.

Just because you’re in the shower doesn’t mean you should skimp on the foreplay. Really. Foreplay is very important.

Your boner might be ready to party a.s.a.p., but she might not be ready to join that party just yet, so you should give her a little more lovin’ before you get to the goodies.

Do: Set the mood.For ultimate sexiness, you might want to consider implementing some mood-setting techniques, because everything is better with the right atmosphere.

To set the mood, it’s always a good idea to light a couple candles, dim the lights, or put on some music. Anything helps.

Have fun, my dudes.