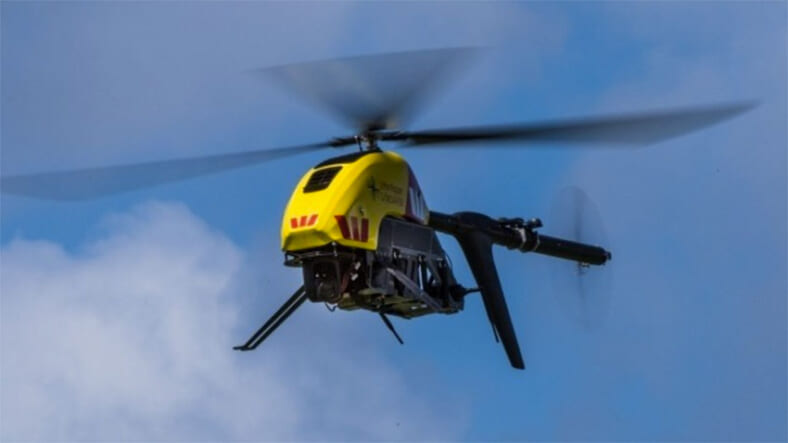 As reported by The Sydney Morning Herald, The Little Ripper will be deployed in part to survey the Australian coast for dangerous sharks, allowing authorities to issue timely warnings for swimmers, boaters and surfers. But this UAV is even more useful than that:

[It]…can carry a “pod” tailor-made for rescue in marine, snow and on land which can be dropped to the person or people in distress.For example, the marine pod carries equipment including an inflatable three-person life raft and an EPIRB locator beacon.

Each UAV will be able to patrol for up to an hour, according to the Herald. They will also have high-powered on-board cameras for shark detection, each camera programmed with software keyed toward specific shark recognition.

The Little Ripper isn’t quite ready to go into action yet, but Australian surf clubs and rescue outposts will be testing the tiny chopper in the near future.

With jet-packs to assist in fighting fires and drone-spotting sharks, we have to admit the future is almost as cool as we expected, sometimes.