You don’t mess with the real-life Tony Stark. 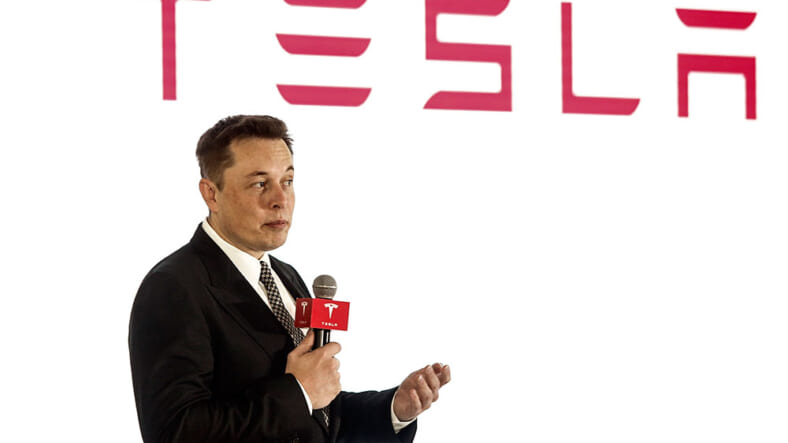 You’d think having billions in the bank and being the inspiration for Robert Downey Jr’s portrayal of Tony Stark in Iron Man might make a guy like Elon Musk immune to broadsides from critics. But California-based venture capitalist Stewart Alsop recently discovered that’s the not case with Musk at all. If you criticize the man behind the coveted all-electric Tesla, get ready to have him pull a soup nazi from Seinfeld move and say, “No roadster for you!”

In September 2015, Alsop took to Medium to tell Musk that the billionaire should be ashamed of himself for the way Musk handled the Tesla Model X Launch Event. “Starting a 7:00pm event at 8:50pm is simply unacceptable,” Alsop wrote, “particularly when the invited guests are actually your customers!” For Musk to rise “at 8:52pm and not even acknowledge” he’d “wasted” time “was insensitive and poor judgement,” he continued, laying into Musk for not apologizing to people like him, “who put a $5,000 deposit on your new Model X.”

It took until the end of January for Musk to respond, but he certainly dropped the hammer when he did, canceling Alsop’s order for a Model X. In his follow-up Medium post on being “Banned by Tesla,” Stewart Alsop wrote that he’d spoken with Musk and understood that the mogul took the VC’s potshots personally. Musk, Alsop wrote, is “not comfortable having me own a Tesla car.” So now Alsop is cursed to stick with his old Beemer:

I understand that, by writing this post, I am making certain that I will never be able to buy a Tesla. Since we had our conversation, I looked around and realized that it is not possible to buy the equivalent of or even a pale copy of the Tesla Model X (or Model S, for that matter), which is real testament to how distinctive a product your company has produced. Indeed, I’m likely to just keep driving my irritating BMW X1.

It was hard to not imagine Musk stifling a bored yawn when he tweeted that coverage of the fracas was probably due to a “slow news day,” reported the Guardian.

Taking something personally in this way isn’t too new for Elon Musk—he’s even had Twitter spats with fellow billionaires like Amazon’s Jeff Bezos, defending SpaceX’s primacy in the commercial space travel sphere.

So buyer beware, maybe? If you really want that smooth-as-silk Tesla to show off to friends, maybe play nice—or at least be polite. It could be that the Washington Post was onto something with its suggestion in September that Musk take what could be a much-needed vacation.