Here’s What It’s Like to Party With Evil Angel

Take a peek inside one of the hottest parties of the AVN Awards. 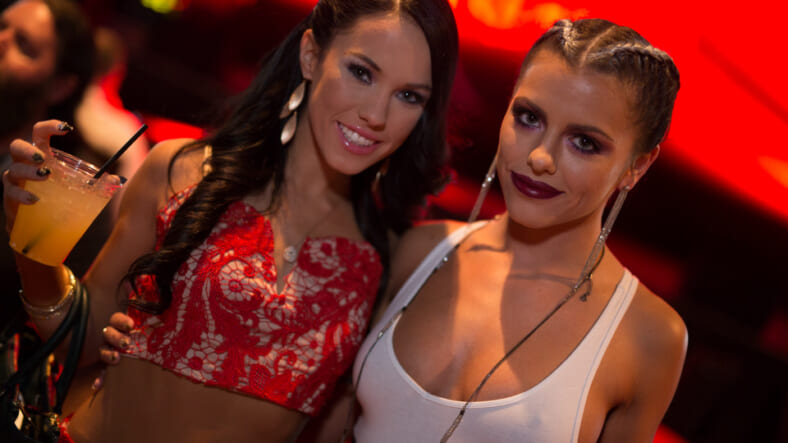 One such company is Evil Angel, which claimed an impressive four awards this year, including Best Threeway Scene. Evil Angel, founded in 1989 by John Stagliano, is credited with founding gonzo pornography — so you can go ahead and thank him for every point-of-view film you’ve ever watched.

On Friday evening, Evil Angel hosted a party for all of its performers and affiliates present at the AVN expo, and the celebrations did not disappoint. Stars like Adriana Chechik and Anikka Albrite were out in full force at the Vinyl in Las Vegas, and we witnessed what was arguably the wildest step-and-repeat of all time. If you missed out on the festivities, click through our gallery of party pics for a taste.