It may be the largest ever found. 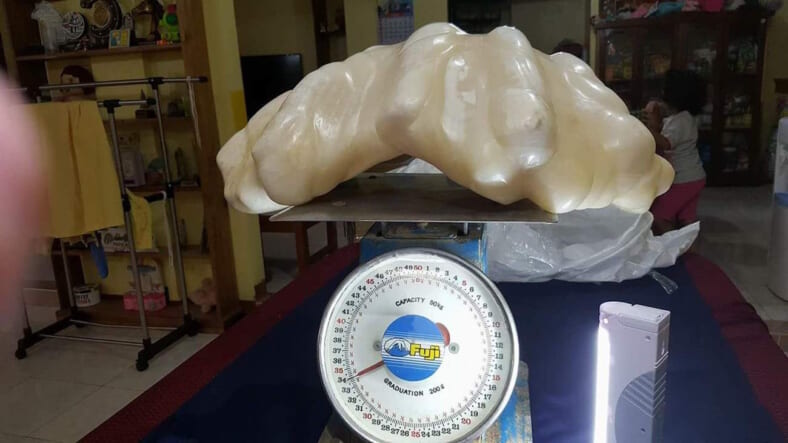 We’ve all held onto keepsakes—old family photos, a dumb t-shirt from a beach vacation. This humble fisherman has all that beat— his good luck charm was a 75-pound pearl pried from the valve of a giant clam.

It sounds like fiction but, a fisherman from Palawan Island in the Philippines was delighted to learn the 2.2-foot long, 1-foot wide pearl he had been keeping under his bed “as a good luck charm” for 10 years was valued at over $100 million.

The man made the discovery after having to dislodge his boat’s anchor from a massive clam. Naturally, claimed he wasn’t aware of the pearl’s value.

He only got wind after leaving the strange-looking thing with his aunt, griping that it was “quite heavy.” At that point she handed it over to her city mayor for display at city hall.

If the pearl is authenticated, it would blow the previous record holder, weighing 6.4kg—and curiously also found in Palawan—out of the water and be crowned the “largest pearl ever found.”

People of Palawan: please check under your mattresses.