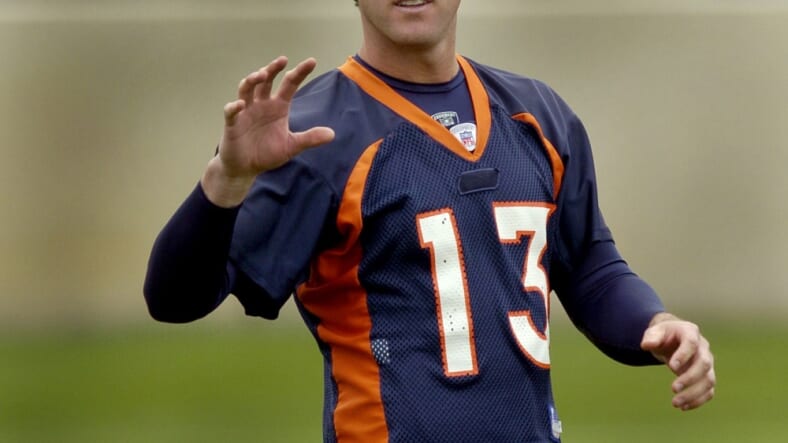 I almost feel like this is the type of game where you have to send a message like in the first and second quarter, the first half, hit him a couple of times where it’s a little past the whistle. Like, let him know you’re around. Get those knock downs, get those hits on him, make him aware that you’re coming after him.

Kanell, noted Awful Announcing writer Kevin McGuire, is definitely not on the side of those who believe football has become a perilous, possibly deadly sport. In late 2015 Kanell responded to concerns about the relationship between football and chronic traumatic encephalopathy (CTE) by saying that the “war on football is real” and “concussion alarmists are loving it. Liberal media loves it. … It’s real.”

In the Friday ESPN broadcast Kanell did later make it clear he really wasn’t pushing for the Broncos to make it a point to take Brady out of commission.

And after all, the Broncos may not need to cut Brady off at the knees. His record in Mile-High Stadium is lousy for the otherwise legendary Pigskin Prince of New England—he’s been beaten there six times.

Awful Announcing’s McGuire makes a good point about Kanell’s suggestion the Broncos aim an extra dose of violence Brady’s way—Kanell is one of the few Broncos quarterbacks to ever lose to New England at home.