It’s the next best thing to actually having a hot date tonight. 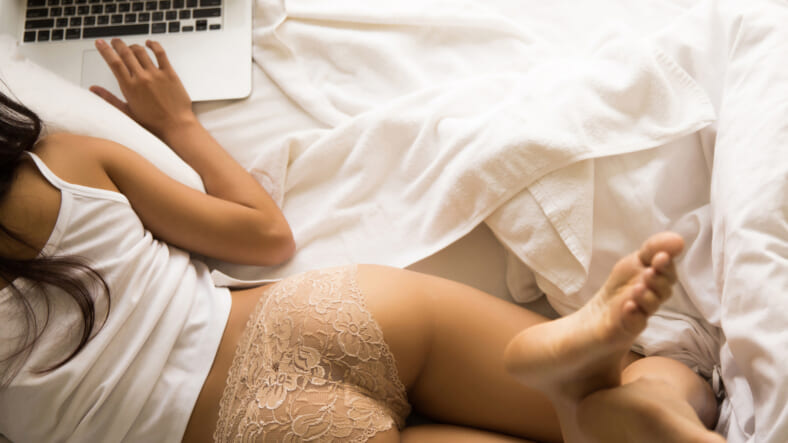 Listen, there’s absolutely no shame in being alone on Valentine’s Day. In fact, if you don’t have a date this year you should actually be kind of psyched, because being single apparently has a lot of health benefits. Seriously – science says so.

When you’re single, you have better social connections, you tend to be more fit than those who are in relationships, and there’s evidence they single folk have more self-fulfillment. So, yeah. No worries if you’re single. You have the upper hand.

According to Pornhub’s Valentine’s Day Insights from 2017, over 3.5 million users took advantage of the offer, and traffic to premium content surged 308 percent worldwide, and 425 percent in the U.S., relative to the three days prior to and following the big day.

What’s more is that the data revealed that searches for “lesbian premium” spiked 1,594 percent, but considering “lesbian” was the most searched term in 2017, this only makes sense. Nothing surprising there.