These Ingenious Spherical Cabins Are the Homes of the Future 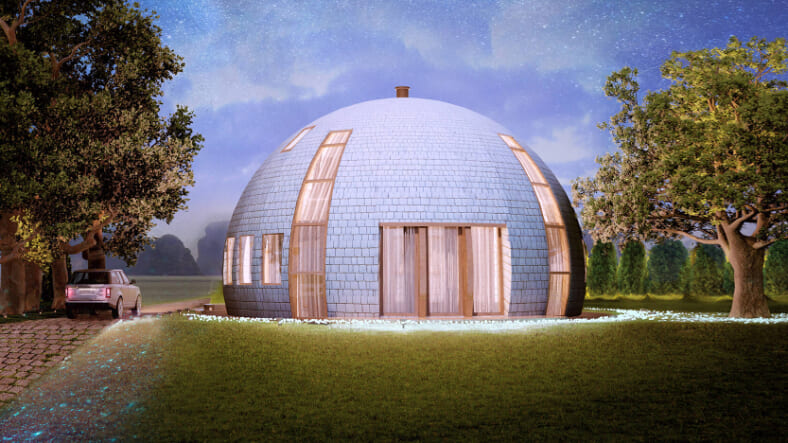 When you picture “the house of the future” in your mind, you may see a bubbly, white, science-fiction-looking edifice; or perhaps something big, curvy and sculptured, like that house from the movie Sleeper. But what if the future’s simpler than all that? The Russian designers at SkyDome (which has nothing at all to do with Toronto’s entertainment complex) think so.They believe that since home is the “most important place in human life,” the best option is a spherical structure with a large interior (as pictured below).

Building from a principle of less is more, these architects have constructed a quite practical dwelling as well. Made from 95% natural materials, it’s twice as light (weight-wise), twice as energy efficient and twice as strong as a conventional house. In fact, it’s constructed to withstand an earthquake of magnitude 7 on the Richter scale, and support a massive snow load of 700 kilos per square meter.They do all the work themselves and even set up an on-site camera, so you can watch the progress from anywhere in the world as they build your innovative new Russian house around the clock.For a 360-degree view of one of these houses, check out this virtual tour, which lets you arrow around the interior of both levels, first-person shooter style.