Have All The Sex You Want, Because You Can Now Get Birth Control Through An App 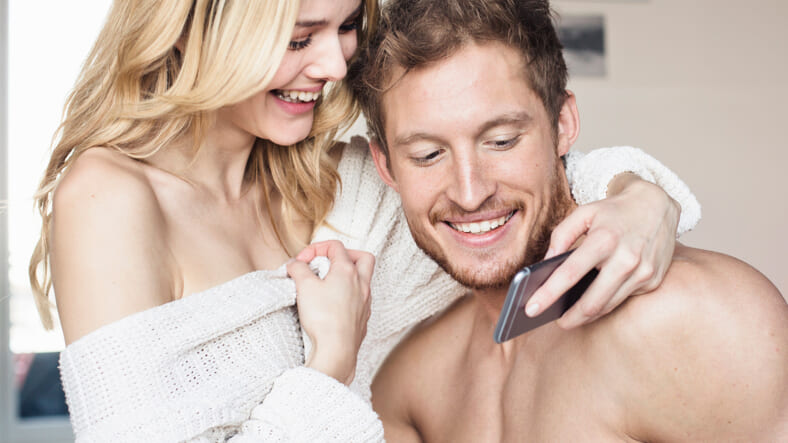 When you’re having sex for the sake of sex and not for babies, birth control in one form or another is non-negotiable. But in the heat of the moment, the last thing you want to realize is that you forgot to stop at the drug store and get condoms. Thankfully, that problem could be a thing of the past, because birth control is now available for near-instant delivery through apps on your smartphone. Hooray for no babies!

Most of us clapped and cheered when Oregon and California became the first states to offer birth control without a prescription, and now thanks to startups like Maven, Nurx, and Lemonaid, women can get a prescription for birth control and have their pills delivered right to their door, or they can pick it up at a nearby pharmacy.

Revolutionary apps like Nurx ask people to fill out a questionnaire which an independent doctor reviews, then places an order to a pharmacy by working with your insurance provider. You can see a detailed list of more birth control apps here on Buzzfeed.

Even convenience stores like 7-Eleven have also experimented with “date night” delivery kits that include condoms, gum, and Redbull. We’ll just leave that there.

Now that birth control is becoming more and more available in the United States, the future of baby-less, STI-free sex is looking mighty bright. Thanks to better technology, not only is there more readily available birth control for women, but men are getting to enjoy options other than conventional condoms, too.

Exhibit A: The spray-on condom. Not yet available, but a guy can dream, right? You literally spray liquid condom on your penis like art, and voila. A custom fit for safe sex without the squeaky sadness of a latex condom. If only it weren’t just a school project…

Honorable mention goes to the sperm switch, which temporarily shuts off sperm flow at the flip of a switch. The inventor himself tried it on his own junk, and it apparently it works like a charm. What would we do without science?

We’ve come a long way from vinegar-soaked sponges and drinking hot mercury as birth control, and these fancy birth control options are making lots of people very happy. But remember – nothing keeps diseases away like a good old fashioned condom.