She needed three stitches and a tetanus shot afterwards. 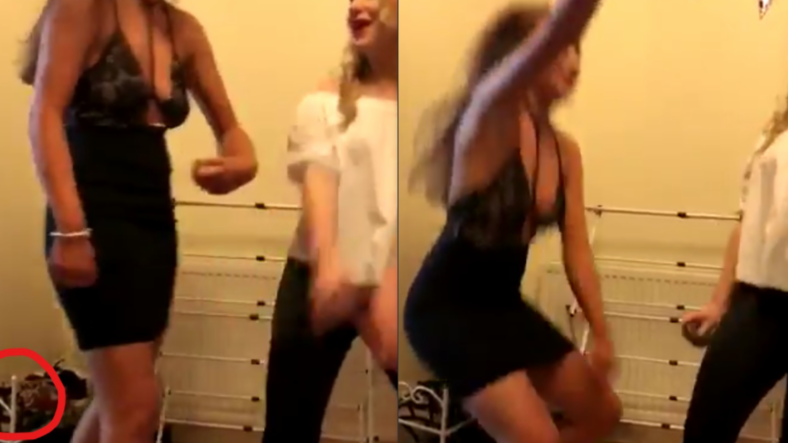 Unfortunately for Bonnie Lee Brown, she didn’t quite make it to the floor, because a foot-long pole blocked her path in the worst possible way.

As you can see in the 5-second clip posted to Twitter, Bonnie was having a grand old time dancing to vintage Whitney Houston when she decided to do what she referred to as a “slut drop.” That turned out to be the wrong move, as she ended up with shoe rack support rod directly up her… well, you can watch the video.

According to the caption accompanying the video, she needed three stitches on her buttocks and a tetanus shot. But it was Saturday night goddamn it, and a little (or a lot) of pain wasn’t going to stop her from painting the town red!

AND I DIDNT EVEN CRY, STILL WENT ON THE NIGHT OUT, WORKED THE NEXT DAY THEN WENT OUT AGAIN, WARRIOR 🙋🏽💃🏽💪🏼

The fearless party animal’s video clip has since gone viral, because it’s 2017 and course it did. Luckily, she’s received an outpouring of support from the Twitter community and many a compliment on her bangin’ dress.

Just watch where you park it next time, Bonnie.