This is a true inspiration for us all. 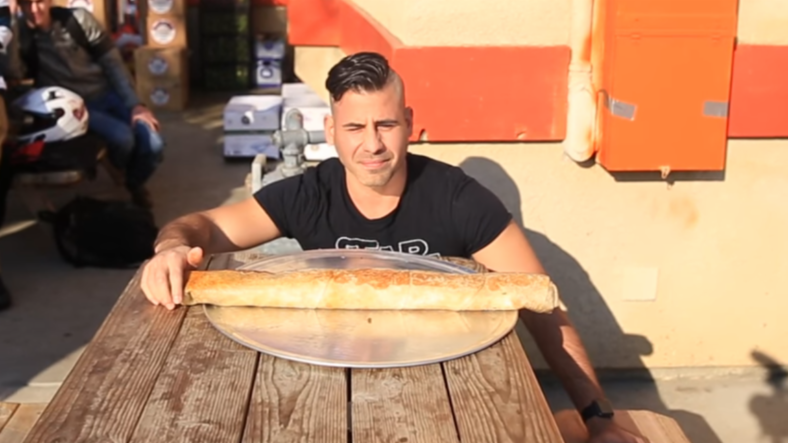 Dubbed “The Anaconda” by it’s mad culinary creator Edwin Espinoza, the ridiculously oversized gut bomb is typically served to a family of four, but brave souls who want to try to devour it in one sitting can give it a go. Many had tried, but all had failed until Martinez devoured it in just 13 minutes flat.

We don’t know how exactly how he did it, but we suspect it has something to do with that slick hairdo, which may have helped with wind resistance. And since he was also sporting a Star Wars t-shirt—we suspect The Force must have been with him.

However he did it, it’s damn impressive. Watch the video above to see how it’s done.