Go Ahead and Hate That Jerk in Your Office

Harvard Business School has identified the ultimate office prick. Here’s how to spot him. 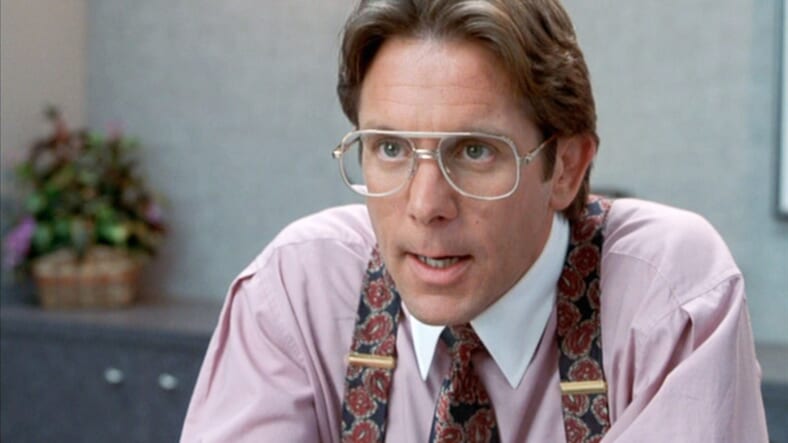 You know the guy, that weaselly brown-noser tattletale fink who is forever running to the boss, sticking to the rules, sandbagging you in meetings, watching YouTube videos loudly without headphones, neglecting to empty the K-Cup bin or replace the toner, and maybe one day, after a long-overdue negative performance review, bringing in a gun and opening fire.

It’s okay to hate this guy, to trash him on the internal chat, to snub him during off-sites. In fact, according to a new study published by Harvard Business School, this schmuck, whom the authors have dubbed the “toxic worker,” is not only the bane of your existence but he’s costing your company money.

The researchers, Michael Housman and Dylan Minor, point out that companies have for years been obsessed with finding “superstar” employees, those who can help shape the workplace culture, improve morale and create spectacular gains in productivity. Less commonly studied are the cubicle dickheads who just make everyone miserable, steal stuff and wreak havoc. According to their recently published working paper:

A toxic worker is defined as a worker that engages in behavior that is harmful to an organization, including either its property or people. In its most dramatic form, such worker misconduct can cost a firm billions of dollars, as evidenced by JP Morgan’s “London Whale” incident with Bruno Iksil. At another extreme, such workers can even mortally harm current or past colleagues, as tragically witnessed in the fatal shooting of Virginia WDBJ-TV reporters by their former colleague. But even relatively modest levels of toxic behavior can cause major organizational cost, including customer loss, loss of employee morale, increased turnover, and loss of legitimacy among important external stakeholders.

Examining a sample of 50,000 workers across 11 companies, the study’s authors detected a number of traits that toxic workers often share.

They tend to be “overconfident, self-regarding and profess to follow the rules.” Unfortunately, they’re also usually quite high-performing, which is why they tend to hang around forever despite the fact that everyone hates their guts.

As hard as toxic workers are to dislodge, the HBS study might offer some ammunition. Leave a copy on the boss’ desk with a Post-It that reads, “Hmm. Remind you of anyone??? ;-D.”

Actually don’t do that. Unless of course, the real toxic worker is you. It is you, isn’t it? It’s you.