Highland Park’s new ICE Edition will wallop you with all the power of Thor’s hammer. 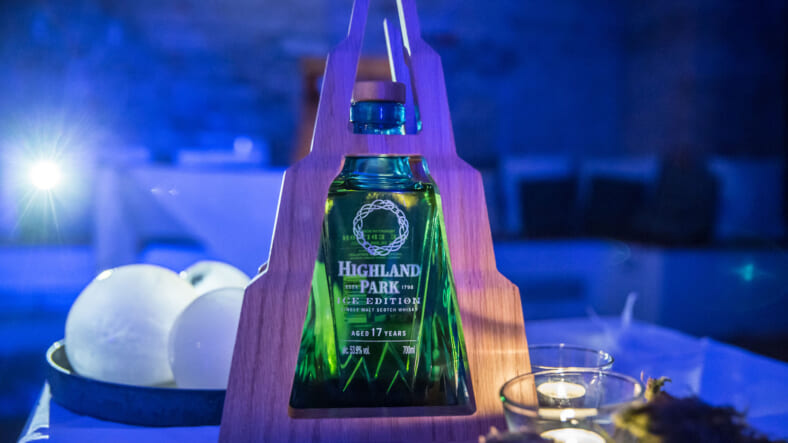 Highland Park, the highly regarded and often awarded single malt Scotch brand, just dropped its ICE Edition, a 17-year-old limited edition whisky inspired by Norse mythology. The majestic spirit celebrates the Viking roots of the brand’s home in the rugged Orkney Islands of Scotland, and is priced at $300 per bottle.

Limited to only 3,915 for the entire U.S., it comes in a blue tinted, bespoke glass decanter designed to evoke the distinctive sharpness and coolness of the mythical, magical Ice Realm of the Norse gods. It comes encased in a mountain-shaped wooden cradle with an accompanying wooden stopper.

The ICE Edition will be followed by a FIRE Edition in 2017 and stems from the distillery’s recent Valhalla Collection in homage to the four legendary inhabitants of Asgard – Thor, Loki, Freya and Odin.

Here’s looking at you, gods….