A futuristic new genre literally no one asked for. 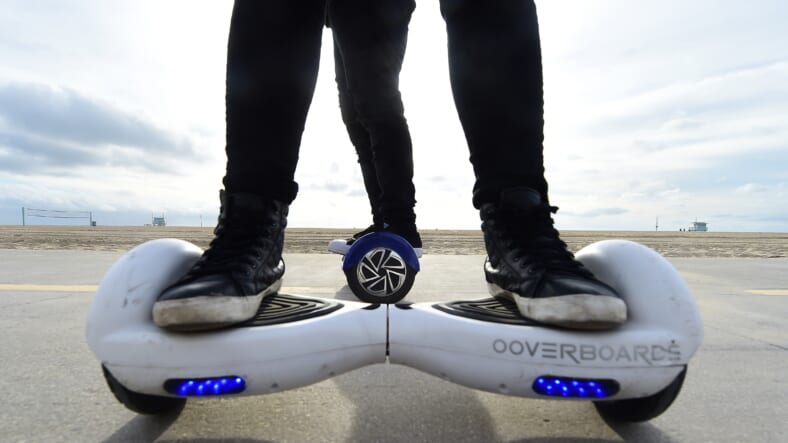 Until this point, we’ve seen one-off posts on Twitter depicting hoversex videos, like a woman with her legs wrapped around a guy doing doughnuts on a hoverboard, who is clearly loving it.

But let us take this moment to remind those brave hoverporn stars (and anyone else tempted to have sex on a hoverboard) that they are potentially explosive. Plus, you’ve probably seen all those videos of people falling off their hoverboards and eating shit, right? So if you attempt hoversex, you’ll not only look and feel like a huge douche, but you’ll also more than likely fall off, or end up with a scorched penis.

The risk is probably not worth the reward here, people.