Here’s How Yoga Can Totally Improve Your Sex Life 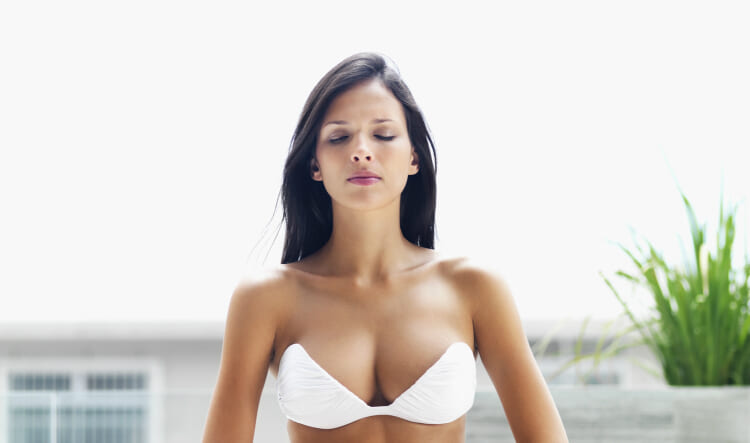 There are certain things that can make your sex life a million times better, like drinking red wine, keeping the lights on during sex, and having sex outside of your own home, like in a hotel.

And according to the folks over at Elite Daily, there’s another thing that can totally improve your sex life–yoga! That’s right, my dudes, yoga. Twisting your body into odd and seemingly unnatural shapes can make you better at sex.

And now, without further ado, here are five ways that yoga makes you better in bed.

1. Doing yoga strengthens all the right muscles.If you’re someone who wants to have a little more stamina in the bedroom, you should consider doing some yoga. Downward-facing dog, plank, and chaturanga are all positions that strengthen your core, arms, legs, and shoulders, which are all useful when you’re trying to pull and all-night bang session.

Plus, if you wish you had better balance for shower sex and whatnot, try practicing the warrior III, tree, and chair poses to strengthen your legs, core, and pelvic muscles.

2. Yoga increases flexibility.You know what makes sex a lot better? Being nice and limber, that’s what.

Now, I’m not talking about being a contortionist and putting both legs behind your head, because that’s a little weird. Nobody wants to see a grown-ass man do that shit in the bedroom.

The flexibility that comes from yoga can help prevent you from pulling a muscle in the middle of some vigorous sex, thereby saving you from potentially painful and embarrassing injuries.

Can you imagine needing to stop halfway through sex because you threw out your back? That would suck. That’s why you should do some yoga.

3. Yoga increases your libido.We recently told you that drinking two glasses of red wine can increase your libido, and apparently, doing some yoga can too, by increasing blood flow to your naughty bits.

Yoga positions such as eagle pose, bound angle, pigeon pose, and wide-leg splits all increase circulation in the pelvic region, thus giving you extra hard boners, which is never a bad thing.

4. Yoga relieves stress.Nothing kills the mood faster than being stressed out. In fact, when you’re under a lot of stress, it’s damn near impossible to get turned on, thanks to the stress hormones that wreak havoc on your body.

Research has proven that regularly practicing yoga decreases stress and anxiety, and can even help with depression. And when you feel good about life in general, you’ll feel good about your sex life, too.

5. Yoga boosts your confidence.If you haven’t already noticed, people who do yoga have incredible bodies – and I’m not just talking about hot babes in yoga pants. Dudes who do yoga often have toned abs, strong arms, and just nicely defined muscles all over, which is always pretty hot.

And when you look good and consciously make an effort to have a sexy, healthy body, you’ll obviously feel confident about yourself. Plus, everybody knows that confidence is sexy, so yoga will not only make you more chill and zen, but it’ll also make you hotter. It’s a win-win.