Hunter S. Thompson’s Personal Strains of Weed Are Coming to a Dispensary Near You

“I have always loved marijuana.” 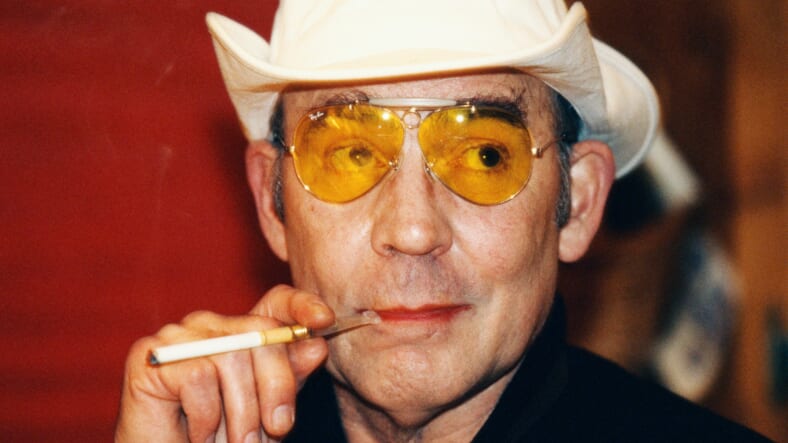 Of course Hunter S. Thompson had his own personal favorite brands of marijuana. The iconic author, journalist, and all-around wild man built his literary career in part on narratives fueled by pills, booze, coke and weed. In the years before his suicide in February of 2005 he became more reclusive, spending most of his time at his Owl Creek compound in Colorado. According to his widow, Anita, Thompson during that time focused on some beloved personal strains of weed. And she’s ready to sell those to an eager public.

I have found a legal method to extract the DNA from Hunter’s personal marijuana and hashish that I saved for 12-15 years. I am in the process of making the strains available to those who would like to enjoy the authentic Gonzo strains in legal states. Although the the “drug lord” phrase is silly as it doesn’t match my personality, I am looking forward to making the authentic strains available in legal states to support the Farm and the scholarships.

Thompson was a connoisseur of things that will get you fucked up, so there’s something actually a touch intimidating about the idea of marijuana that will have his implied stamp of approval on it.

Still there are many who share his feelings about ganja, which he expressed clearly when he said, “I have always loved marijuana. It has been a source of joy and comfort to me for many years. And I still think of it as a basic staple of life, along with beer and ice and grapefruits—and millions of Americans agree with me.”

As the spread of legalization demonstrates, HST was right about the millions who agree with him. It’s only fitting that he might, in a way, be able to keep spreading that love over a decade after his death.