Surprisingly, even delicious whiskey can be improved. 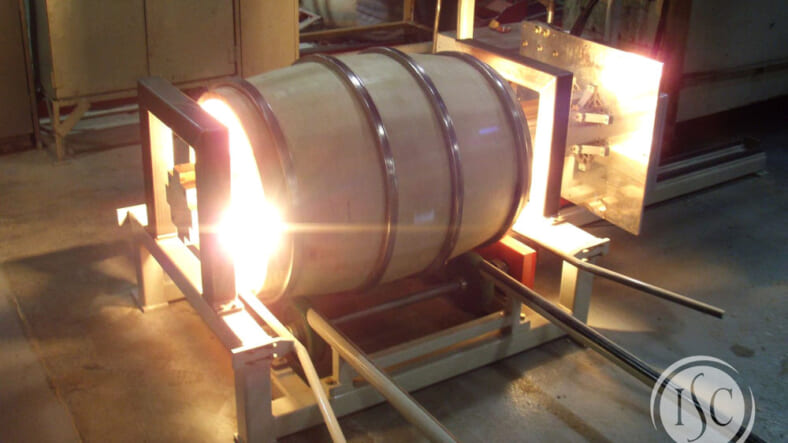 The geniuses at Buffalo Trace Distillery treat the bourbon-making process with the kind of careful planning a scientist might use in designing a well-controlled experiment.

In their quest to create great whiskey, they’ve deliberately altered only one variable at a time. That could be the grain ratio of the mash, the type of oak barrels they use for aging, or even the part of the tree the barrels come from. In their latest experiment, they used infrared light — a technology more commonly associated with military warfare or the Terminator movies — to toast whiskey barrels.

Buffalo Trace’s master distiller Harlen Wheatley said the goal of the experiment was “to see if (infrared toasting) would capture different flavors in the charring, which it did.” They used Independent Stave Company barrels that were given the infrared treatment shortly before being filled with the young whiskey in 2009. That whiskey then sat for more than six years.

Evidently, just the method by which the the barrels are fired makes a difference in the taste of the final product, as president of Independent Stave Brad Boswell explained to Popular Science.

“We can heat the staves up using steam, using a wood fire, or using an infrared heat source. Each method will make for a barrel with slightly different organoleptic characteristics. Depending on the organoleptic properties we’re seeking, we can apply one of many toasting options to barrel prior to charring.”

The results of the infrared heating were significant, not just with regard to the whiskey’s flavor, but the aging process as well, according to Wheatley.

“They seemed slightly ahead of normal cycling and slightly more woody character to me. Some (of the other members of the tasting panel) just said there was more complexity or flavor in general.”

While Wheatley sees the experiment as a success, he was vague about how it might be implemented in the future.

If you don’t want to wait to wet your whistle with Buffalo Trace bourbon aged in infrared-heated barrels, you’ll have to wait for them to perfect the process. But as any distiller, brewer or wine maker will tell you, patience is a virtue.