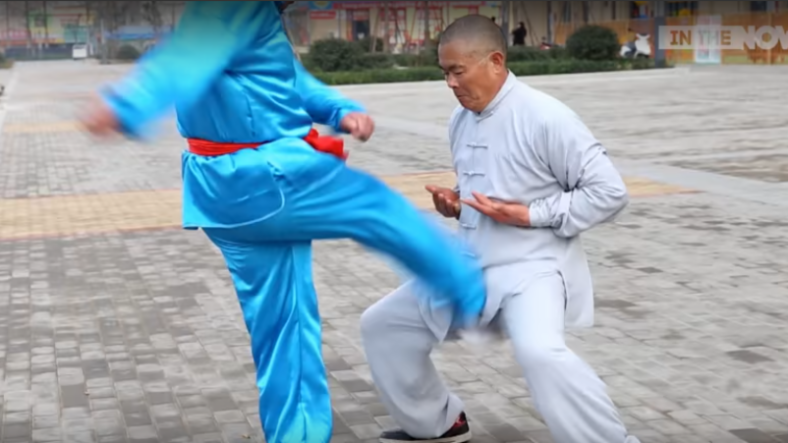 Getting nailed in the nads is an excruciating experience that men avoid at all costs. Well, all men except Wei Yaobin, who’s a master of something called “Iron Crotch Kung Fu.” And yes, that’s exactly what you think it is.

Captions accompanying the video above claim that Yaobin has spent over ten years taking enduring ball kicks, hits and blows on a daily basis because he believes it prevents premature ejaculation and erectile dysfunction. Maybe it’s true, as it looks like it probably prevents his dick and balls from functioning period.

Regardless, he and his followers have conjured up exercises that put even Johnny Knoxville’s most egregious nut shots to shame. Other than voluntarily getting kicked by giant men, Yabin also punishes his little boys with bricks.

And another Iron Crotch Kung Fu practitioner takes a swinging log that must weight several hundred pounds right in the ball sack. Christ!

These guys are either total savages… or totally stupid.